In addition, Gulfstream announced it will introduce a second fully outfitted production test aircraft to evaluate more G700 customer interior features in the most spacious cabin in the industry and ensure unparalleled product maturity upon entry-into-service.

“The G700 is performing flawlessly through the flight test program,” said Mark Burns, president, Gulfstream. “We have flown more than 2,800 flight hours across all flight test aircraft, and the G700 is exceeding our expectations for performance and comfort. In fact, our fully outfitted production test aircraft has already set seven international city-pair records, and we are looking forward to delivering the second outfitted aircraft soon.”

The second fully outfitted production test aircraft will further illustrate the flexibility, comfort and innovations the G700 brings to the industry, including a grand suite with shower and all-new circadian lighting system. The aircraft is expected to make its first flight this summer.

Inspired by the belief that aviation could fuel business growth, Gulfstream Aerospace Corp. invented the first purpose-built business aircraft, the Gulfstream I, which first flew in 1958. Today, more than 2,900 aircraft are in service around the world. Together with parent company General Dynamics, Gulfstream consistently invests in the future, dedicating resources to researching and developing innovative new aircraft, technologies and services. With a fleet that includes the super-midsize Gulfstream G280, the high-performing Gulfstream G650 and Gulfstream G650ER, and a next-generation family of aircraft including the all-new Gulfstream G400, the award-winning Gulfstream G500 and Gulfstream G600, the flagship Gulfstream G700 and the ultralong-range Gulfstream G800, Gulfstream offers an aircraft for every mission. All are backed by Gulfstream’s Customer Support network and its worldwide team. Visit our website at gulfstream.com.

More information about General Dynamics is available at generaldynamics.com. 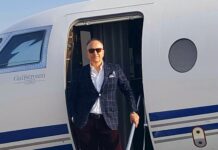 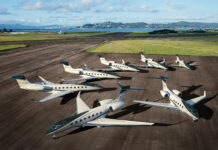