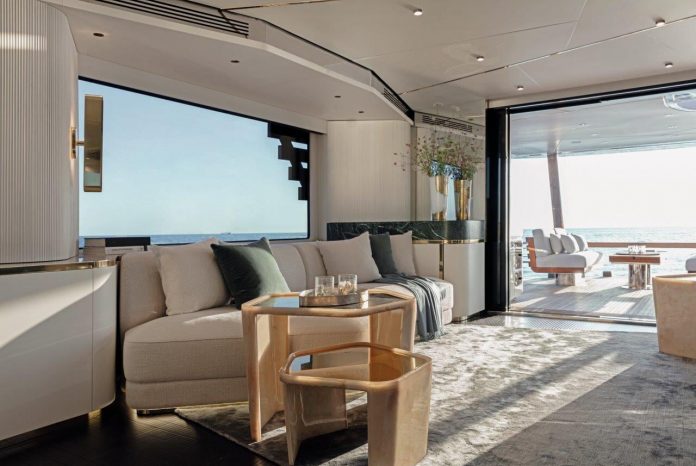 An outstanding film director for a totally unconventional yacht: Gabriele Muccino will direct a short film to celebrate the launch of the new model in the Magellano Collection, with interiors by architect and designer Vincenzo De Cotiis.

On the one hand a brand that symbolises international excellence in yachting, on the other a multiple award-winning film director whose fame has spread as far afield as Hollywood: Azimut Yachts chooses Gabriele Muccino to tell the story of the yard’s new Magellano 25 Metri yacht, which will make its world debut next September 2020.

To speak about such an out of the ordinary yacht, that presents exterior lines by the well known designer Ken Freivokh, the brand has identified a new language, the short movie, which is an unprecedented choice for the yachting industry. The shipyard, for which ‘Made in Italy’ style and elegance are central to its business culture, has commissioned Gabriele Muccino to make a short film for the launch of its latest original project, recognising a ‘like spirit’ in this director renowned the world over for his talent (which has won him a remarkable four David di Donatello awards and is reknown for his Hollywood movies starring Will Smith).

The short will be shown for the first time next September in the grounds of the Maeght Foundation in Saint-Paul-de-Vence in Provence, at a gala evening organised by Azimut Yachts for the exclusive premiere of Magellano 25 Metri.

With great poetry, the short film will describe the infinite nuances that unite art and emotion, engaging in an almost magical way with the Magellano, which in the narrative becomes a perfect synthesis of rigour and inspiration, discipline and creativity, reason and sentiment.

Azimut Yachts is an Azimut|Benetti Group brand. With its Atlantis, Verve, Magellano Flybridge, S and Grande collections, it offers the widest range of 34 to 120-foot yachts. It has a presence in 70 countries through a network of 128 sales and assistance centres, as well as direct representation and assistance branches in Shanghai, Hong Kong, Fort Lauderdale (USA) and Itajai (Brazil).