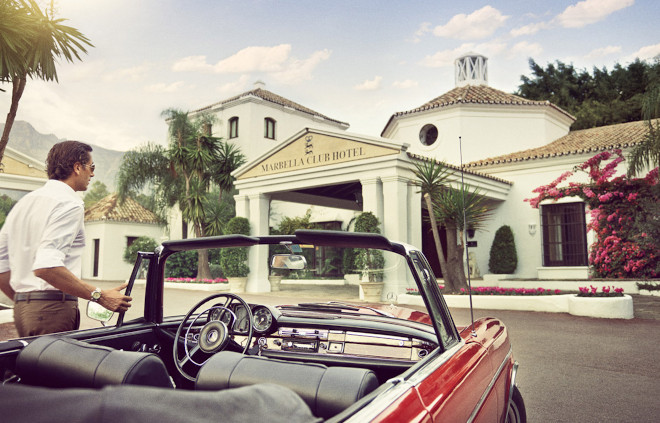 Have you wondered what it would be like to live a life of wanton decadence like in a Slim Aarons photograph? You can when you visit the Marbella Club, Spain, when global travel returns

At The Marbella Club, Spain, living life and living large like a trust fund kid or hedge fund manager waiting to be photographed by Slim Aarons is still possible because like the foundations of historic fashion houses, the roots of The Marbella Club grow deep. An almost 70 year old institution developed in 1954 by Prince Alfonso of Hohenlohe-Langenburg as his private residence, the iconic beachfront resort away from the hoi polloi was progressively and extensively renovated and enlarged from the mid-1980s through 2000. As global travel slowly returns, make your first post-pandemic trip an epic adventure to remember at the favourite haunt of the Duke of Windsor himself.

One might recall, King Edward VIII abdicated on 11 December 1936, so that he could marry the American divorcée Wallis Simpson and after giving up the throne of British Empire, the newly christened Duke spent his time with his extensive wardrobe, guns, and golf clubs (and of course his great love) at The Marbella Club; an impressive feat considering that his appointment as the Governor of the Bahamas meant that the Duke and his paramour already had their official residence on a tropical island.

King Edward VIII abdicated on 11 December 1936, so that he could marry the American divorcée Wallis Simpson. Though officially residing in tropical Bahamas as its Governor, the Duke of Windsor would spend most of his time at Marbella Club. Who wouldn’t?

Where to go when travel returns: The Marbella Club, Spain

The Marbella Club too has been immortalised by the likes of photographer Slim Aarons. Aarons credits his stint as a WW2 combat photographer for teaching him that the only beach worth landing on was “decorated with beautiful, seminude girls tanning in a tranquil sun”.

Aarons made his career out of what he called “photographing attractive people doing attractive things in attractive places” and so in August of 1980, in spent an extensive sojourn at the poolside of The Marbella Club, capturing some of his most iconic shots of sun-drenched decadent high society since his seminal 1970 Poolside Gossip shots at Richard Neutra’s Kaufmann House.

While much of the Southern Spanish coastline has modernised, chiefly the airport which has seen itself evolving from a landing strip into a transport hub (10.6 million international tourist arrivals in 2016 was a 30% growth rate on the 15 year average since 2000) as the world’s high net-worth made the resort town their escape of choice, following a long standing tradition of aristocrats and royalty alike. Yet, despite infrastructure improvements like greatly improved roads and a highway which cut the old two hour travel time down a manageable 30 minutes, in the 70 years since the Duke starting living it up with Prince Alfonso and other high society types, The Marbella Club remains charmingly unchanged, save for modern conveniences and contemporary aesthetic updates.

Featuring 121 bedrooms and suites, spread over the beach front resort, and 16 Andalusian-style villas throughout 42,000 square metres (10 acres) of gardens. A beach-club by the Mediterranean sea, The Marbella Club has 132 rooms, making it an inviting socially distanced corner of the world with its own gentle micro climate, sea air and mountain views and experience a storied finca named Santa Margarita that has endured time by poignantly blending heritage and innovation whilst retaining its original charm.

Think of it as Maldives sans sprawling (comparatively) crowds, the waters might not be as crystalline as the famed Arabian Sea; better food and culture in Southern France, Cannes; or even fewer bragging rights than Ibiza but Marbella Club has a unique relaxed charm and traditions that embraces the Andalusian spirit.

Dotted throughout the extensive grounds of the finca, the Marbella Club’s guest rooms and villas are luxuriously spaced for privacy yet merely a step away from everyday Andalusian life. Light-filled retreats overlooking the Mediterranean outdoors, even the deluxe rooms offer the same luminous and inviting experience as the villas thanks to comfortable seating areas with private terraces overlooking the gardens. But naturally, the Andalusian villas are where the Marbella Club truly excels.

Welcoming up to 8 guests with it’s 4 bedrooms, 4 ensuite marble bathrooms, 2 floors, kitchen, terrace, gardens and heated swimming pool, the luxurious Villa El Cortijo located at the famous beachfront Marbella Club, nestled in the heart of the resort, epitomises that kind of ultimate high net worth lifestyle that attracted princes, potentates and playboys throughout its history.

Conceptualised as a haven from the post-war recovering Europe, his home was filled with so many guests that Prince Alfonso eventually turned it into the Marbella Club Motel but try as he would, the relaxed but moneyed atmosphere would simply turn the Prince’s American motel inspired residence into a bonafide club and escape for the world’s elite. Such was the allure of Marbella that Greek shipping magnate Aristotle Onassis would come to stay, on occasion crossing paths with arch rival Stavros Niarchos – given the proclivities of the ultra-powerful to issue edicts to keep despised enemies and individuals away from their favourite haunts, it would appear that the Marbella Club had forced their hand into a detente of sorts, deftly issuing an ultimatum of their own: keep peace or not patronise the club at all.

“Everyone also is of the opinion that the pace is the most exhausting in Europe and that several days are always necessary to recover from Marbella.”

Indeed, given the avalanche of millionaires and celebrities, Marbella was the sort of place where inter-personal and global politics were suspended in order to allow everyone to enjoy themselves, but nevertheless the rules of exquisite hospitality would still be extended if the demands were not unreasonably onerous; famously, for a club which only had one telephone till the better part of the 60s, they acquiesced to Onassis’s demands that he have six telephone lines connecting his villa to his business empire, making it readily apparent of the nascent inclinations of the beachside resort to become a civilian Camp David for the world’s powerful aristocrats.

Ironically, Europe’s most relaxing respite might also be Europe’s most exhausting escape, as Lanfranco Rasponi famously noted his 1968 travel guide, The Golden Oases, “Everyone also is of the opinion that the pace is the most exhausting in Europe and that several days are always necessary to recover from Marbella.” 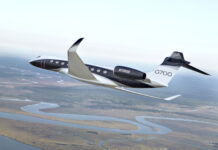