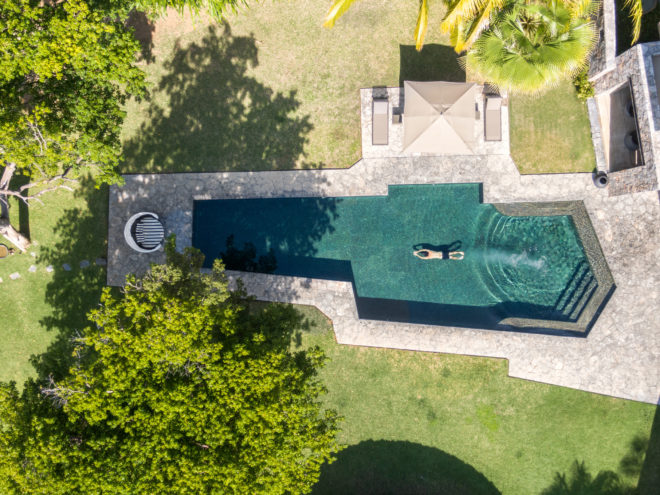 Once again showcasing meticulous craftsmanship in all of their endeavors, the Mexico-based, Zozaya Arquitectos presents a traditional palapa with a dried palm roof, which they’ve dubbed, the ‘Casa La Vida’. Located within the vicinities of the nation’s pristine beaches and revered resort city of Zihuatanejo, the Casa La Vida was constructed along the green hilly landscape of Trocones, facing toward the Pacific Ocean.

Spanning over 650 square meters, the Casa La Vida comes complete with an almost-Olympic-worthy swimming pool and round guesthouse – which incorporates traditional local architectural elements such as dried palms, terracotta roof tiles, and locally sourced stones. The house ultimately, aims to provide facilities for modern living whilst preserving and celebrating the surrounding community’s cultural and traditional heritage.

Barricaded by a formidable stone wall and array of lush greenery, the Casa La Vida promises an increased sense of security, luxury and privacy – with the added bonus brought by incorporation of dried palm leaves, which boost natural ventilation and reduce solar absorption.

With an open kitchen, dining room, large bedrooms, and an adjoining porch, the Casa La Vida is lined with palm-wood beams, wall cutouts which form floor-to-ceiling windows and assorted rocks taken from nearby rivers to form the exterior design and edging around the geometric swimming pool, plus polished concrete tiles and painted interior walls – the residence is filled with an abundance of pebbles, cacti, palm trunks and other decorative elements.

Featuring parota wood cabinetry and monolithic concrete islands in the kitchen, bi-fold closets in the each bedroom and bathroom vanity, Zozaya Arquitectos completed Casa La Vida in 2013, but only recently released photographs of the project. 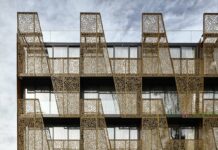 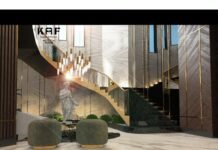 George Clooney is Boycotting the Sultan of Brunei’s Hotels