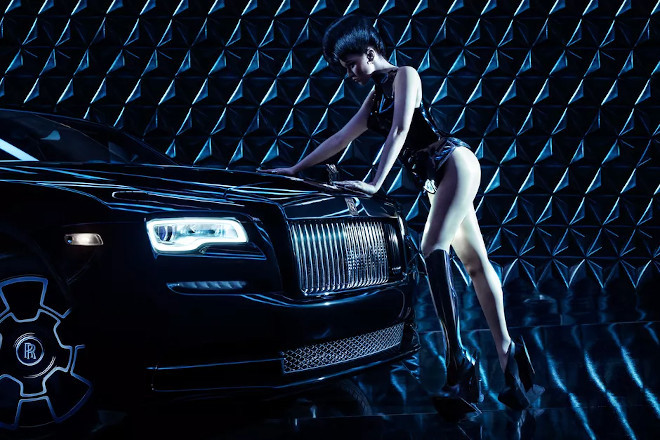 Great luxury brands like Rolex, Rolls-Royce and Patek Philippe have endured over a century of political and economic crisis. What’s the secret?

UNITED KINGDOM – NOVEMBER 28: Photograph taken from an album of prints compiled by English motorist, motor car manufacturer and aviator Charles Stewart Rolls (1877-1910). Rolls was a keen driver and was well known in the motoring world, having competed in many races of the time. After gaining a BA and an MA in engineering at Cambridge, Rolls established a successful business assembling and selling imported French cars from showrooms in London. He went on to found Rolls-Royce Ltd with Frederick Henry Royce (1863-1933) in 1906, creating one of the world’s most famous marques. Rolls was also the first to make a non-stop double crossing of the English Channel by plane, but in 1910 he was killed when his aeroplane crashed at the Bournemouth Air Show.

116 years to the day, May 4th marks that fateful milestone when the Honourable Charles Rolls first met Henry Royce at the Midland Hotel, Manchester – an encounter which sees Rolls-Royce forever change the face of luxury automotive manufacturing. Amidst the coronavirus pandemic and the spectre of the worst recession since the great depression, consideration of the carmaker’s founding in 1904 would mean that the English automotive marque survived both the 1918 Spanish Flu and the Great Depression.

It’s no coincidence that the story of man is a legacy told in repeated patterns, prompting philosopher-poet George Santayana to opine in Volume 1 of his 1905 book – The Life of Reason – “Those who cannot learn from history are doomed to repeat it.” Since then, there have been variations of truism but just as we are doomed to repeat history, companies who learn to navigate these clouded eras are sowing the seeds of their success.

Sir Henry Royce, English engineer, (c1920s?). In 1884, after being apprenticed to the Great Northern Railway, Royce founded the mechanical and electrical engineering firm Royce Ltd, Manchester, who produced such things as electric cranes, dynamos and arc lamps. After finding that his Deauville motor car was unreliable he decided to design and build his own. Royce’s first motor car was made in 1904, a car which so impressed his friend Charles Rolls that in 1906 they formed the motor car and aero-engine manufacturers Rolls-Royce Ltd. (Photo by National Motor Museum/Heritage Images/Getty Images)

Through Pandemics and Recessions, the Greatest Luxury Brands endure and adapt

Rolls and Royce shared a vision to make the future of motoring extraordinary. Henry Royce, an engineer, had a desire for perfection and an innate work ethic that later became the pillar of Rolls-Royce philosophy; “Take the best that exists and make it better.”

What aristocrat Charles Rolls brought to the table is his bold ability to dream and push boundaries. It’s not coincidence that Rolls-Royce engines can also be found in commercial jetliners like Boeing and Airbus but also in tomorrow’s advanced fighter jets, the Honourable Rolls, having accomplished global recognition for the quality and reliability of Rolls-Royce cars, turned his eyes to skyward, becoming the second Englishman to go up in an aeroplane.

A History of Resilience repeats at Rolls-Royce

Though the risks of early aviation were not as understood as today, it was recognised as an endeavour not for the faint of heart and Charles Rolls pushed himself in the air with the same gumption as he did Rolls-Royce motor cars on the ground. Winning the Gordon Bennett Gold Medal for the longest single flight time, becoming the first man to make a non-stop double crossing of the English Channel and being awarded the Gold Medal of the Royal Aero Club.

With his resilience and willingness to push the envelope, he eventually died doing what he loved. Aged 32, Rolls became the first Briton to be killed when the tail of his powered Wright Flyer broke off during a flying display in Bournemouth.

As a company, Rolls-Royce has endured the passing of its visionary co-founder, a mere eight years later, it would survive the great pandemic of the 20th Century, the 1918 Spanish Flu. A decade later, it again stood firm when the Great Depression decimated the global economy. 2020’s coronavirus pandemic will see a result no different.

Rolex thrived during the Great Depression

Founded in 1905 by another Englishman (albeit a German-born one), Hans Wilsdorf’s famed watchmaking enterprise occupies cultural and economic awareness by the sheer potency of its brand name. It’s lyrical shorthand for “bling” as sung by rappers, a Rolex is portrayed as worth its literal weight in popular culture when people exchange Rolex watches for essential goods and services during disasters; like Rolls-Royce, Rolex has endured both the Spanish flu pandemic and the Great Depression.

Though it’s not the Rolex that most are familiar with, the Cellini Prince occupies a treasured place in horological history. Tellingly, it was birthed in 1928, where the Prince became an avant-garde trailblazer for its time: a rectangular timepiece in a realm of round watches. It’s distinctiveness extended beyond aesthetics and into the Hermann Aegler movement produced for Hans Wilsdorf: a patented “shaped watch movement with seconds dial with winding barrel and balance wheel on opposite ends of the movement” – foundationally, the two vital mechanisms set apart meant that it could attain more accuracy. In short, it became the first elegant dress watch with the wherewithal to become chronometer certified.

Though discontinued by the turn of the 50s, the Prince was the world’s first serially produced timepiece to achieve chronometer certification, an industry icon, and a survivor of the Great Depression. If anything, it’s yet again proof that at the intersection of stylish sophistication and technical perfection where quality resides, lies success in adversity.

“The opportunity that lies in every crisis”

Patek Philippe launched one of their Greatest Hits in that time: The Calatrava

Yes its true, during that first week when the Stern family took the reins of Patek Philippe, a watchmaking brand where they were once dial suppliers to and in 1932, now owners of, the Stern patriarchs launched the Patek Philippe Calatrava. Arguably the “Nautilus of their time”, David Penney designed the first Patek Calatrava in the Bauhaus style, bringing together technology (in the form of a Jaeger-LeCoultre calibre) and craftsmanship from their own Geneva artisans, within the 31mm body of the Reference 96.

Though they did not use a movement of their own making at the time, at the height of the Great Depression, Patek Philippe created its own in-house caliber 12”’120 in 1934.  Named for the Calatrava Knights of Spain and Portugal, the timepiece like the company, became emblematic of the artisanship and innovation of its senior management. The original Calatrava Reference 96 was produced for more than 40 years, with a host of notable renditions, including a larger 35.5mm reference 570. More proof that when there is great crisis, there is also great opportunity.

“As a company, we can draw strength from the knowledge that although Rolls-Royce has faced uncertainty many times over the years, it has emerged more resilient and confident, with its fundamental principles unaltered. Our present challenges may be unprecedented, but as we look to the future, I am confident there is no company in the world better prepared to overcome them.” – Torsten Müller-Ötvös, Chief Executive Officer, Rolls-Royce Motor Cars

For over a century, blue chip luxury brands like Rolex, Patek Philippe and Rolls-Royce have withstood medical, political and economic crises, embodying calm and constancy in an uncertain world. They have built enormous legacies and great repute on stellar objets d’art, from luxury automobiles that have withstood literal tests of fire to timepieces whose designs have largely remained unchanged for over 50 years.

These brands have always risen to every crisis with ingenuity, commitment, courage and solidarity. The coronavirus pandemic is not the first, nor will it likely be the last (or the worst). In fact, while working from home may be a new experience for some of us, for Sir Henry Royce, some of the British brand’s most influential designs were produced at his home in Elmstead – at West Wittering, a mere 12 kilometres away for Rolls-Royce global Head Office. From the Eagle VIII which globalised the world with its first ever transatlantic flight in 1919 to the Merlin engine that would power the legendary Supermarine Spitfire (the RAF fighter which would secure the skies during the Battle of Britain), the premiere brands of the world have sought to adapt and overcome a world whose only consistency is its tumultuous nature. If those who don’t learn from history are doomed to repeat it, those who do learn are destined to repeat its successes. 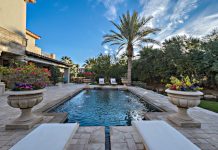 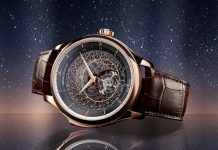 Accommodation in the heart of the business environment