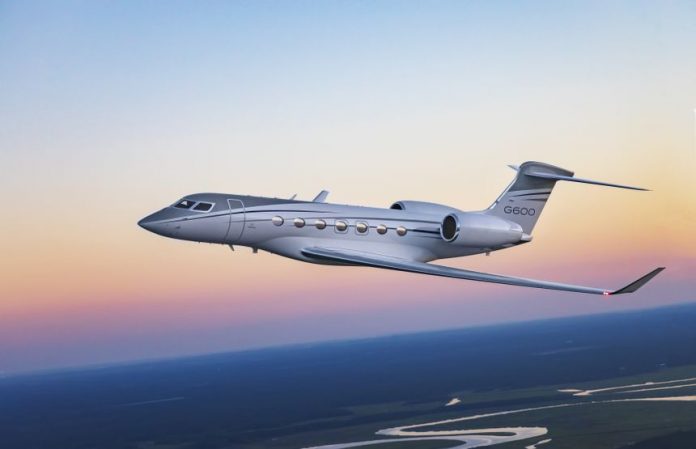 Gulfstream deliveries were hampered in the first quarter by Covid-19 travel restrictions that hamstrung customer handovers. While the Savannah, Georgia-based aircraft manufacturer fully expects to deliver these aircraft as soon as these travel restrictions are lifted, supply chain issues have prompted it to cut planned deliveries from 150 jets to between 125 and 130 this year

First-quarter deliveries at Gulfstream Aerospace were 33 percent lower than expected as Covid-19 travel restrictions hamstrung customer handovers, while pandemic-related supply chain issues will curtail production by about 15 percent this year, parent company General Dynamics said today. However, business jet demand remained strong in the quarter and the backlog “has held up nicely,” according to General Dynamics chairman and CEO Phebe Novakovic.

Gulfstream manufactured 34 aircraft in the first quarter but could deliver only 23—20 large-cabin and three midsize jets—due to international travel restrictions, compared with 34 deliveries (27 large cabins and seven midsize) in the same period a year ago. Novakovic said the remaining 11 aircraft will be shipped to customers when travel restrictions are lifted. “Customers definitely still want them, and they will be delivered as soon as we can,” she noted.

Backlog has remained flat year-over-year and book-to-bill was 1.1:1 in the quarter, according to Novakovic. However, she disclosed that Gulfstream logged four customer cancellations in the quarter, but added, “We expect three of them to come back.” Further, Novakovic said, “We are hearing no other noises coming from deposit holders.”

She stressed that demand is still strong, which she countered is completely opposite from the 2008 financial crisis. However, sales are currently difficult to consummate because demo flights, in-person sales calls, and in-person contract negotiations are on hold during the Covid-19 crisis. Novakovic does expect sales to spike post-crisis, however.

Meanwhile, supply chain issues stemming from the pandemic—and to a much lesser degree production efficiency losses from social distancing and plant deep cleaning measures—have prompted Gulfstream to cut its projected deliveries this year from 150 aircraft to between 125 and 130. “Some suppliers entered this period already in difficulty,” Novakovic said. “We know who they are and are working with them.” This lower production rate will also “de-risk” 2021 should demand not materialize into sales this year, she added.

Fewer deliveries will, of course, also translate into lesser 2020 revenues and earnings at Gulfstream. Thus, forecast full-year revenues for General Dynamics’s aerospace segment are now $8.5 billion, down about $1.4 billion from earlier projections, while profits have been lowered by about $400 million, to $1.5 billion.

Asked about the G700 program, Novakovic said flight testing of the new Gulfstream flagship continues, with about 100 hours logged to date. G700 certification is still on track for late 2021, she indicated.