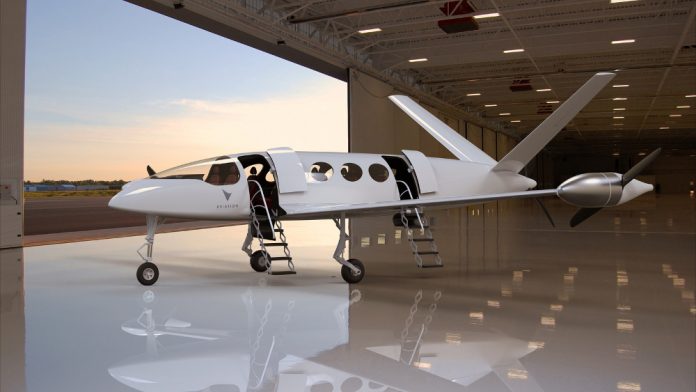 Not long ago, driving an all-electric car seemed like a thing of the future. Nowadays, not only do we get to drive electric, but we can also fly electric.

Based in Israeli, Eviation is revolutionizing the aircraft industry, with an accessible and sustainable tool that aims to bring electric aircraft to the masses, called simply – Alice.

Here is what we found about Alice and the future of mobility and there is one thing we are certain of – the future is here.

The Eviation team is comprised of entrepreneurs, pilots, engineers, experienced in leading successful tech companies & programs, and committed to building a tool aimed at bringing electric aircraft to the masses.

Since then, he has pioneered the industry’s first all-electric aircraft, which is set to enable accessible, high-speed, sustainable commuting, tightly integrated with on-demand ground transport solutions.

The first fully operational Alice will be on display this year at Paris Air Show in June.

What are the main advantages of flying an all-electric aircraft and how it will redefine regional transportation?

Our Alice replaces aging, incumbent aircraft, which are expensive to maintain and operate, and offer an inadequate customer experience.

Alice will not only redefine regional transportation by allowing commuters to circumvent road congestion, but it will also introduce emission-free, all-electric aviation.

Building an electrically powered aircraft competes on all of the highest cost factors of the operational cost of the plane, fuel & oil and motor reserve.

While the flight itself remains quiet and comfortable due to a composite structure built for electric integration, extreme propulsion, aerodynamic efficiency, and flight stability, it still maintains zero emissions while in the air.

How much energy does it take to fly at full capacity (9 pax) and what is the maximum range covered?

Alice is powered by a Lithium Ion (Li-lon) 900 kWh battery.

The average cruise speed is about 260 knots, with top speed being 340 knots. On a single charge, Alice can fly up to 650 miles or approximately 1,046 kilometers.

This can encompass regionally traveling from cities like New York to DC or San Francisco to LA.

When is expected to go commercial and what routes will fly?

We are currently in the process of gaining certification through the FAA and will be conducting test flights later this year.

Following test flights this year and certification in 2021, Eviation will begin shipping the aircraft for commercial use in 2022.

We have not yet announced planned routes, but we will service any routes within a 650-mile radius where there is market demand.

What are the differences in terms of maintenance, between an electric and a regular jet?

The aviation industry has been slow to embrace new technologies, partly because incumbents are reluctant to put money into something that seems too futuristic.

However, there are a couple of things about electric planes that are particularly disruptive for the industry.

Using electricity instead of fuel creates a very cheap per seat per mile solution because electricity is cheaper than jet fuel.

An electric plane also requires less maintenance. The maintenance of jet engines alone accounts for ⅓ the cost of travel for consumers, which is huge.

When you use just a battery instead of a complex combustion engine, maintenance gets a lot simpler.

Also, the fact that we’re building an electric plane from scratch instead of just refitting an existing plane with a battery means that we can design our aircraft to be more aerodynamically effective and efficient than current planes.

There are many reasons for us to believe that the future of mobility will be electric. Is this also the case when it comes to the future of aviation?

Our electric aircraft will change how people think about traveling moderate distances. Our goal is to let someone take a 650-mile trip for roughly the price of a bus ride.

In addition to this, the benefits of electric aviation include lower maintenance and energy costs, higher propulsive efficiency, low noise, and of course, zero emissions.

Though Alice will be a regional commuter for now due to the limitations of existing battery technology, as it evolves, larger transit options will hopefully begin to convert to electric options.