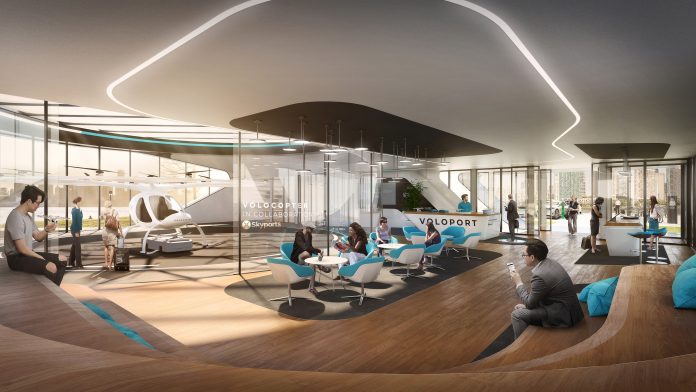 Bruchsal/Frankfurt, 09. September 2019 – Today, Volocopter, the Urban Air Mobility pioneer, announced that it signed the first closing of its Series C funding round, which is being led by Zhejiang Geely Holding Group (Geely Holding). The new funds will be used towards bringing the VoloCity aircraft to commercial launch within the next three years. Volocopter remains in discussions with additional investors for a second closing around year-end. The first closing will increase the total capital that Volocopter has raised to EUR 85 million.

Volocopter builds electrically powered air taxis to get people safely and directly to their destination. The aim is to save people time and to help megacities transform their transportation systems towards a more sustainable future by adding a new mobility option for their citizens. Since its foundation in 2011, the company has built three generations of Volocopter aircraft, two of which received licenses for manned and unmanned flight with a total funding of EUR 35 million. The company has performed numerous public demonstrations of the viability of electrically powered vertical take-off and landing aircraft (eVTOL), most recently it successfully completed a flight at Helsinki International Airport.

“Urban mobility needs to evolve in the next few years to meet rising demand. With our Volocopter air taxis, we are adding a whole new level of mobility in the skies,” says Florian Reuter, CEO of Volocopter. “This funding round is allowing us to take great strides towards bringing Urban Air Mobility to life whilst being respectful of our shareholder’s money.”

Geely Holding, the privately-owned automotive group from China which has a portfolio of global brands including Geely Auto, Volvo Cars, and Lotus, as well as other automotive brands, led the Series C funding round. Geely Holding becomes a minority investor in Volocopter, next to existing strategic investors like Daimler. The founders, Stephan Wolf and Alexander Zosel both individual shareholders, jointly remain the company’s largest shareholder.

Geely Holding highlights the strategic cooperation potential with Volocopter. The companies have agreed to enter into a joint venture to bring Urban Air Mobility to the significant Chinese market. Li Shufu, Geely Holding Chairman, said: “Geely is transitioning from being an automotive manufacturer to a mobility technology group, investing in and developing a wide range of next-generation technologies. Our latest cooperation with Daimler, building on our partnership in smart and premium ride-hailing services, as well as our joint venture with Volocopter underlines our confidence in Volocopter air taxis as the next ambitious step in our wider expansion in both electrification and new mobility services.”

Ola Källenius, Chairman of the Board of Management of Daimler AG: “We are delighted to see our partners at Geely investing into Volocopter and becoming shareholders as we are since 2017. Daimler is committed to supporting innovative new mobility services. One exciting example is Volocopter and the idea of urban air transport.”

Volocopter anticipates a second closing of the Series C towards the end of the year. The company is in advanced discussions with both strategic and financial investors for such second closing and remains open to new investors. Volocopter will put the funds towards receiving commercial certification by the European Aviation Safety Authority (EASA) for their VoloCity aircraft.

Just recently Volocopter presented the design for VoloCity, its new air taxi, which has been created according to the specifications put forward by EASA. Volocopter performed a piloted flight integrated in the air traffic management system at Helsinki International Airport in late August, thus proving the compatibility of air taxis with existing air traffic management solutions. Later this year the Urban Air Mobility pioneer will present its VoloPort air taxi landing infrastructure at the ITS WC in Singapore, from 22 – 25 October 2019 in Singapore.

The pioneer in the development of electrical air taxis that take off and land vertically (eVTOLs), Volocopter builds aircraft that are based on drone technology and carry two people. The company will establish Urban Air Mobility (UAM) in addition to current transportation options in megacities globally. The aim is to offer affordable on-demand air taxi services and save people time by flying them safely to their destination. Volocopter cooperates with leading partners in infrastructure, operations, and air traffic management to build the ecosystem necessary to bring Urban Air Mobility to life. In 2011 Volocopter performed the first-ever manned flight of a purely electrical multicopter and has since showcased numerous public flights with its full-scale, two-seat aircraft, most notably the autonomous flight in Dubai in cooperation with the local Road and Transport Administration (RTA) in 2017. Founded by Stephan Wolf and Alexander Zosel, Volocopter has more than 150 employees in offices in Bruchsal, Munich, and Singapore and is managed by CEO Florian Reuter, CTO Jan-Hendrik Boelens, and CFO Rene Griemens. The company has raised a total of EUR 85 million. Volocopter investors include Daimler, Geely, and Intel. Find out more at: www.volocopter.com

Daimler at a Glance

Daimler AG is one of the world’s most successful automotive companies. With its divisions Mercedes-Benz Cars, Daimler Trucks, Mercedes-Benz Vans, Daimler Buses and Daimler Financial Services, the Daimler Group is one of the biggest producers of premium cars and the world’s largest producer of trucks above 6 tons. Daimler Financial Services provides financing, leasing, fleet management, investment products and brokerage of credit cards and insurance, as well as innovative mobility services. The company’s founders, Gottlieb Daimler and Carl Benz, made history with the invention of the automobile in the year 1886. As a pioneer of automotive engineering, it is a motivation and commitment of Daimler to shape safely and sustainably the future of mobility. The Group’s focus is on innovative and green technologies as well as on safe and superior automobiles that appeal and fascinate. Daimler consequently invests in the development of efficient drive trains with the long-term goal of locally emission-free driving: from hightech combustion engines about hybrid vehicles to electric drive trains powered by battery or fuel cell. Furthermore, the company follows a consistent path towards intelligent connectivity of its vehicles, autonomous driving and new mobility concepts. This is just one example of how Daimler willingly accepts the challenge of meeting its responsibility towards society and the environment. Daimler sells its vehicles and services in nearly all the countries of the world and has production facilities in Europe, North and South America, Asia, and Africa. Its current brand portfolio includes, in addition to the world’s most valuable premium automotive brand, Mercedes-Benz (Source: Interbrand-Study, 10/4/2018), as well as Mercedes-AMG, Mercedes-Maybach and Mercedes me, the brands smart, EQ, Freightliner, Western Star, BharatBenz, FUSO, Setra and Thomas Built Buses, and Daimler Financial Services’ brands: Mercedes-Benz Bank, Mercedes-Benz Financial Services, Daimler Truck Financial, moovel, car2go and mytaxi. The company is listed on the stock exchanges of Frankfurt and Stuttgart (stock exchange symbol DAI). In 2018, the Group sold 3.4 million vehicles and employed a workforce of around 298,700 people. Group revenue amounted to € 167.4 billion. Group EBIT amounted to € 11.1 billion. 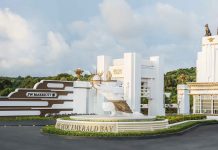 “It’s a very special day for everyone and I’m delighted to be back home”,...

The EV movement in Europe – updates and development models