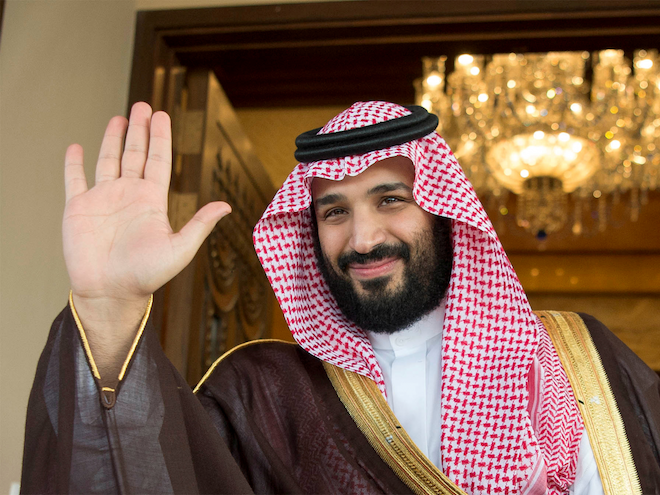 When it comes to the world’s wealthiest families, the esteemed British royal family, with an estimated net worth of US$88 billion (according to consultancy Brand Finance) is still far from being the wealthiest family in the world. According to Bloomberg, making US$4 million each hour, that honour goes to the Walton family of “Walmart” fame. That said, the public lifestyles of the Waltons are fairly modest, in contrast, the ruling family of Saudi Arabia, the royal House of Saud, with an estimated of US$1.4 trillion dollars has a lifestyle of opulence that matches their equally mind-boggling net worth.

Nearly 16 times the British royal family’s net worth, the bulk of the Saudi royal family’s wealth comes from vast Saudi petroleum reserves discovered around Ibn Saud’s rule, and while notoriously private, Saudi royals are often captured in a life of luxury with private jets, yachts, palatial estates with gold fixtures and fittings, and complaints from French natives when public beaches turn private during royal vacations.

Château de l’Horizon in Cannes is owned by the reigning Saudi King Salman. A recent 3 week holiday paralysed the area when the entourage descended, closing off public beaches for the sole use of the King and his family. French natives protested.

Dynasty: Crown Prince Mohammed Bin Salman leads one of the richest families in the World

The 25th son of the founder of modern Saudi Arabia, King Abdulaziz Ibn Saud,  King Salman bin Abdulaziz al-Saud is one of 36 surviving sons. Like most royal families, royal succession was was hereditary by agnatic seniority (that is to say, the King’s surviving brother would inherit the crown rather than the King’s own sons) until 2006 when a royal decree provided that future Saudi kings are to be elected by a committee of Saudi princes.

Crown Prince Muhammad bin Nayef was to be next in line when he was deposed and then relieved of all positions by royal decree, making Crown Prince Mohammed bin Salman the presumptive heir. His subsequent “corruption crackdown” against other Saudi royals, once considered untouchable, also made him the Kingdom’s richest, most powerful soon-to-be potentate.

Crown Prince Mohammed bin Salman’s tastes are not small. In 2015, he acquired an epic slice of French real estate – 23-hectare verdant paradise between Versailles and Marly-le-Roi with an equally lush palatial mansion constructed in the style of 17th century Versailles. The estate? Chateau Louis XIV, so named for France’s Sun King.

“There used to be a fuzzy border between state finances and senior princes,” said Steffen Hertog, Professor at London School of Economics

Surrounded by moats and featuring a constructed surface area of 7,000 m2 with 5,000 m2 of living space, then Crown Prince Mohammed bin Salmon purchased the homage to Versailles with its gold-leafed fountain, generous use of exotic marble and period authentic bronze cast fittings to a tune of US$300 million, setting a world record for residential property transactions.

Developed by Saudi-born French property developer Emad Khashoggi, the lavish Chateau Louis XIV was the kind of opulent excess that the Crown Prince would campaign against when he turned the luxurious Ritz-Carlton in Riyadh into a luxurious prison in November 2017 for relatives and lesser princes – each released only after they had agreed to return “ill-gotten” Saudi property and assets to the government.

The anti-corruption committee eventually ended its mission in January 2019, concluding that 381 individuals were detained, some of them to hear their testimony, and $107 billion were recovered to the treasury and while campaign had all its legal trappings, one of its side effects was that potential opponents of Crown Prince Mohammed bin Salman were neatly sidelined while consolidating the presumptive heir’s of control of all three branches of the security forces, making him the most powerful man in Egypt since his grandfather, the late first King Ibn Saud.

“This is an absolute monarchy, When it comes down to it, the monarch can really take anything.” – Ellen Wald, author of Saudi Inc.: The Arabian Kingdom’s Pursuit of Profit and Power

The 134 metre Serene is one of the world’s largest private superyachts. Built by Italian shipyard Fincantieri with interior design by Reymond Langton Design, Serene was purchased by Crown Prince Mohammed bin Salman in 2015 for 500 million Euros

Prolific spenders, CBS reported that a typical Saudi royal vacation costs $30 million in the Maldives, taking over three resorts for himself and his guests

When the dust settled, the Crown Prince was not just King-in-waiting, effectively running the country for his father, but he had also ended consensus-based governance and decades of Saudi princes treating ministries and areas of responsibility as personal empires.  The Crown Prince had become the sole leader of a royal business empire with more money than any other family on Earth.

Technically, traceable income sources like royal stipends for royals and estates of the relatives of the 15,000 House of Al Saud place their collective net worth at over US$100 billion, enough to rank fourth among Bloomberg’s list of world’s richest families, but unofficially, considering the countries vast petro-holdings (controlling 20% of the world’s oil) and many business interests across the House of Saud, factoring for inflation since the 1996 Wikileaks embassy cable, it’s more than likely their holdings could be worth over US$1 trillion.

Recent high profile purchases certainly mirror one of a multi-billionaire and suspected trillionaire family. King Salman himself is estimated to have a net worth of over a billion dollars, a fact that we are reminded by not only his interview with CBS’s 60 Minutes but also his purchases.

Being a Saudi royal is a full time job but national largesse can create many sources of incomes for family members: Some assist conglomerates and multinational corporates by “greasing the wheels” on the Saudi government’s corporate deals, others serve as silent partners of businesses hoping to operate in the prosperous nation, most live off royalties and dividends from oil companies like Aramco which pay the government for rights to prospect and drill for oil; the enterprising few even start businesses of their own – Prince Sultan bin Mohammed Al Kabeer,  runs Almarai, the kingdom’s effectively monopolistic food and beverage giant. Some become venture capitalists, starting holding companies, investing in companies like Citigroup and Twitter. Whatever their income streams, documents which disclose once private financial information like the Panama Papers and Paradise leaks, all describe the members of the House of Saud as generous spenders.

The 12,000ha Limpopo game farm is being turned into an exclusive hunting resort for Saudi royals with its own private landing strip for jets

Suffice it to say, this “spending” is not limited to superyachts, sprawling real estate or even priceless paintings, in fact, investigative reporters looking into an obscure Limpopo game farm in South Africa uncovered a shadowy international network of proxies, offshore firms and shelf companies concealing the Saudi royal family’s wealth.

Through sovereign wealth funds like Saudi Arabia’s Public Investment Fund, the Crown Prince is also a proxy shareholder for some of Silicon Valley’s most valuable tech companies including Google, Apple and Uber. The full extent of his investment holdings are not known. Suffice it to say, Crown Prince Mohammed bin Salman might not just be the world’s richest and most powerful Monarch-in-waiting, but with his growing holdings in technology firms, he could soon be the world’s most influential.