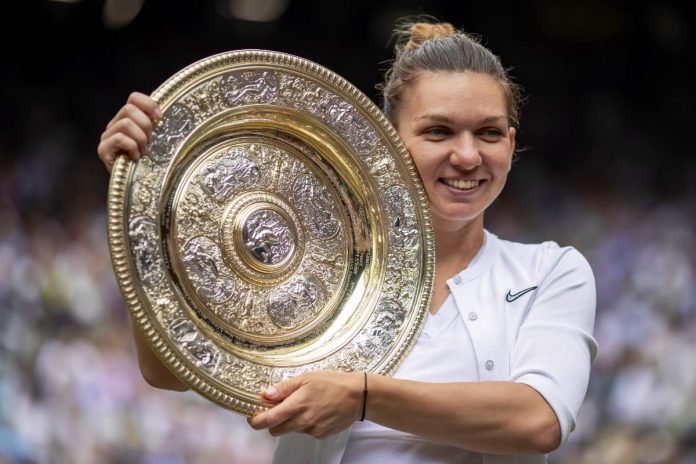 The Romanian’s first Wimbledon title victory captured attention around the world as she beat Serena Williams in straight sets. Here’s the best of the media reaction following the SW19 final.

Serena Williams was favoured to claim her 24th Slam but it was Simona Halep who left with the trophy on Saturday afternoon. The Romanian lifted the Venus Rosewater Dish for her second Grand Slam success, following her French Open triumph a year ago.

“Halep was the portrait of focus and positive energy — just as Angelique Kerber was in last year’s Wimbledon final. Williams hit just two aces, both in the second set after the final was already tilting heavily in Halep’s favor. Halep served uncommonly well and reached shots and serves that other women whom Williams played at the All England Club were unable to reach.”
Christopher Clarey, New York Times

“Against the scuttling, quick-witted Halep, Williams showed clear signs of fatigue. When she plays like this, Halep is a brick wall, and a partisan crowd became desperate, searching for ways that Williams could impose herself on the match”
Tim Lewis, The Guardian

“Whatever Serena did, Halep had the answer. Yes, she ran everything down, and only made three unforced errors, but she also forced Serena to hit from uncomfortable positions, over and over again. She defended offensively, and made hitting on the dead run look easy. Halep, who spent the majority of her Friday practice hitting returns, read Serena’s serve well and held her to just two aces.“
Steve Tignor, tennis.com

“The Romanian carved out another opportunity with some breathtaking ball-striking. Finding the lines with some fearless groundstrokes, Halep claimed another break to storm to her 4-0 lead. Halep’s extraordinary speed and counter-punching under pressure delivered her the first set in 26 minutes. With two more breaks in the second set, the match was all over in less than an hour.”
Sydney Morning Herald

“Halep ripped into her from the start. It was evident even from the second point of the match, when Halep whipped a cross-court forehand past Williams at the net and made it look very easy, that this was not going to be the cakewalk for the seven-times champion many had expected. Halep played beautifully but Williams contributed to her own downfall with a slew of unforced errors.”
Oliver Holt, Mail on Sunday

Fellow players and commentators continued to shower Simona with praise, congratulating the Romaninan on her stunning display on Centre Court. Mark Selby, one of Halep’s favorite sportsmen, also got invovled.