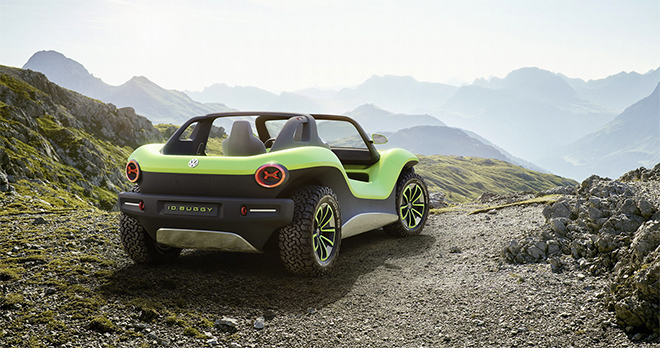 Recognising the unusual suspension of the rear-engined VW Beetle in 1964, an American named Bruce Meyers assembled his handmade open top, door-free automotive vision based on a shortened VW-Beetle chassis. Bolting his own fiber-glass shell design, he heralded the world’s first  Volkswagen BUGGY. 55 years on, at the 89th Geneva Motor Show, The modern interpretation of the legend returns in the form of the Volkswagen ID BUGGY.

A buggy is more than a car. It’s an attitude towards life. This is notably embodied in the new ID. BUGGY: It visualises a modern, non-retro interpretation of such a classic and, most of all, that electric mobility can be very emotional,” – Klaus Bischoff, Head Designer at Volkswagen

The Volkswagen ID BUGGY is an authentic (if futuristic) reinterpretation of Meyer’s original dune buggy and like its retro-attractive predecessor, without a fixed roof and conventional doors. Built on Volkswagen’s modular electric drive matrix (MEB), Made from a combination of aluminum, steel, and plastic, the Volkswagen ID BUGGY headlines VW’s battery-powered ambitions and its future range of electric vehicles.

Thanks to a rear-mounted 204-horsepower electric motor, the ID BUGGY completes its century sprint, 100 kmh, in 7.2 seconds. Though it is possible to achieve higher maximum speeds, the BUGGY is electronically pegged to 160 kmh. A floor-mounted lithium ion battery gives the new Volkswagen buggy a maximum range of 250 km on one charge, meeting EU performance benchmarks.

The design cues of the interior follow the exterior, with futuristic minimalism across the cabin and only the most essential of electronic instrument display cluster right in front of the steering wheel. The Volkswagen ID BUGGY is the fifth “ID” concept car in the series. Other ID models include the ID compact, ID Buzz van, ID Crozz SUV, and ID Vizzion sedan, all concept cars which show the versatility of the Group’s MEB platform. 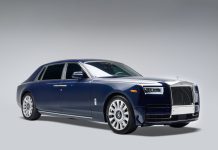 The top interior design trends you need to know about

AZIMUT YACHTS, IN A PIONEERING MOVE