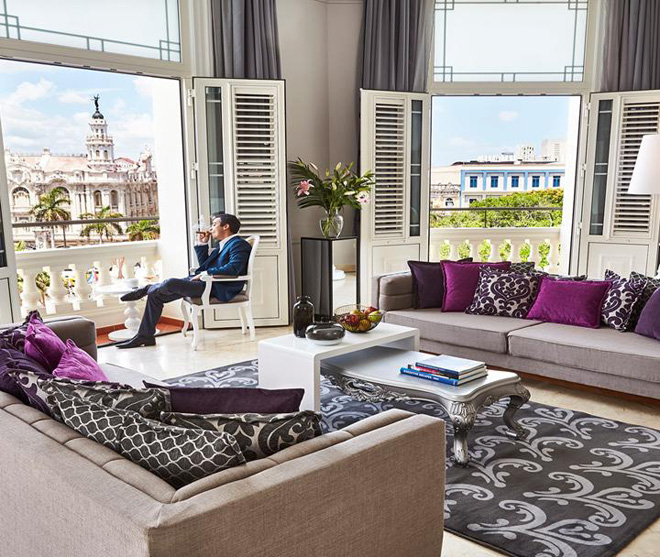 The Kempinski La Habana is a step towards those glorious swinging days of partying and living.

In 2014, U.S. President Barack Obama and Cuban President Raúl Castro announced the beginning of a process of normalizing relations between Cuba and the United States. On 20 July 2015, after 54 years of sanctions, diplomatic relations have resumed and with it, the slow revival of international commercial relationships with the exotic Caribbean island nation; thus, while the US does not have direct dealings with the island state, Europe appears to be among the first, getting into Cuba in grand style with the Gran Hotel Manzana Kempinski La Habana.

Founded in Berlin in 1897 but headquartered in Geneva, Kempinski Hotels S.A. is Europe’s oldest luxury hotel group with a history of more than 119 years, operating 75 five-star hotels and residences, across 30 countries and now, they have finally added Cuba into their portfolio of hotels with the Gran Hotel Manzana Kempinski La Habana.

During the Republican Period, from 1902 to 1959, Havana saw a new era of development. Cuba was home to the third largest middle class in the hemisphere as well as a growing number of Cuban tycoons, spurring the development of numerous luxury hotels, casinos and nightclubs were constructed during the 1930s to serve Havana’s burgeoning tourist industry. At the time, Havana became an exotic capital of appeal and numerous activities ranging from marinas, grand prix car racing, musical shows and parks; and then, communism and the Cold War literally put an end to all that. Hopefully, the Kempinski La Habana is a step towards those glorious swinging days of partying and living.

The new Gran Hotel Manzana Kempinski La Habana takes Cuba’s first European style shopping arcade (originally built between 1894 and 1917) and turns it into a luxurious 5-star modern hotel experience with all the modern conveniences paired with an enjoyable contrast of heritage and provenance.

The Kempinski La Habana is situated in the heart of the old Havana with a direct view of the Capitol and the Great Theater of Havana and amidst UNESCO World Heritage sites. Havana’s First 5 Star Hotel in over 50 years is without doubt not only opulent but amazingly accessible to the historical sites like the famous Castillo del Morro, accessible within a 10 minute drive.

Experience Havana’s first true luxury hotel in Cuba and indulge yourself while staying in one of Gran Hotel Manzana Kempinski La Habana’s 246 large rooms or suites with extra high ceilings and French windows opening out to the old city. Experience a variety of restaurants and bars, which also includes a one of a kind cigar lounge (naturally) and a roof top Panoramic Restaurant and Bar with spectacular views over the old city. Kempinski La Habana is also equipped with a spa, fitness center and rooftop pool.