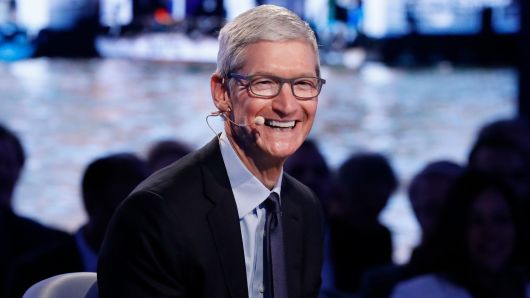 We have grown accustomed to seeing the companies that play such a large and influential part in our lives as a homogenous bunch — Big Tech, Fangs and the rest. But it is arguable that all that changed this week, when Tim Cook, chief executive of Apple, revoked certificates that allow the social media giant Facebook to use its iPhone apps for internal testing and research without going through the usual formal reviews process, and then did the same thing with Google. The spark was reports that Facebook had been secretly distributing a Facebook Research app to members of a program that allowed the company to collect data on how they used their devices. Of particular concern were the claims that users as young as teenagers were being paid to install an information-collecting app on their phones. Google was reportedly operating a similar program called Screenwise Meter that also skirted Apple’s rules. The bans were lifted after a few hours, but not before employees of both companies apparently experienced great difficulties in going about their daily tasks. But the point had been made: Apple was not going to be dragged into the growing controversy over privacy and use of data in the tech world.

To be fair, Cook has been hinting at differentiating his company from the others for some time. He recently wrote an opinion piece in Time magazine calling on US regulators to protect consumer data and – in what was seen as a thinly-veiled attack on Facebook – complained of companies “irresponsibly amassing he user profiles, data breaches that seem out of control and the vanishing ability to control our own digital lives.”

Last year, after it emerged that Facebook improperly shared consumer data with political research firm Cambridge Analytica, Cook warned that Apple viewed privacy as a “human right” and a “civil liberty.” He said: “The truth is we could make a ton of money if we monetised our customer, if our customer was our product. We’ve elected not to do that.” Mark Zuckerberg, chief executive of Facebook, has clearly been irritated by Cook’s assertions, saying in another Time magazine article: “A frustration I have is that a lot of people increasingly seem to equate an advertising business model with somehow being out of alignment with your customers. I think it’s the most ridiculous concept. What, you think because you’re paying Apple that you’re somehow in alignment with them? If you were in alignment with them, then they’d make their products a lot cheaper!”

Clearly, it is not possible to suggest that Cook is entirely on the side of the angels here. Only this week, Apple encountered its own issue, when it emerged that a bug on its FaceTime feature enabled people to eavesdrop on others even if they never answered a FaceTime call. But it does not seem to be in the same disarray as Facebook, which is rarely out of the headlines for all the wrong reasons (being used in disinformation campaigns in political elections and, just this past week, under fire in the U.K. over the alleged role of Instagram in the suicide of a teenager) and seems unable to do anything concrete to change perceptions. The appointment late last year of the U.K.’s former deputy prime minister, Sir Nick Clegg, as head of global affairs and communications is obviously a part of that. But Clegg is no seasoned public relations professional and his decision to join the Conservatives in a coalition government in 2010 and then run against them in the next election is hardly evidence of sound judgment. In the meantime, the fact that Facebook’s financial results earlier this week appeared to show little sign of public disenchantment with the company may only embolden the management in its approach.

But that would be a mistake. Cook is right to see that views about the role being played in our democracies and in wider life by the big technology companies are changing. This is especially true in Europe, where regulators have not been afraid to take them on. And there are signs that such an approach may be taking hold in the U.S. as well. Making sure that the world sees that you are different from your so-called peers before action is taken is a smart decision.

Moncler teams up with UNICEF to help vulnerable children this winter