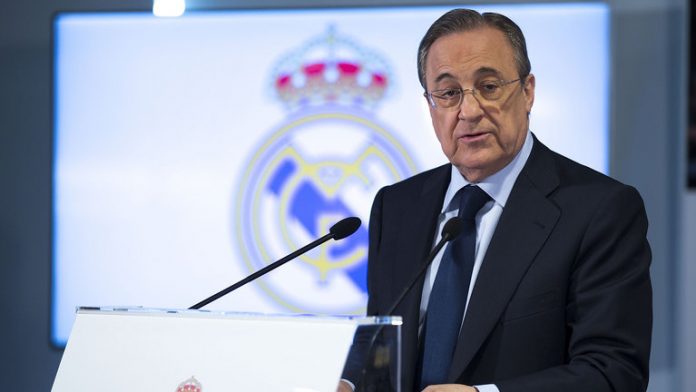 Spain’s richest 200 list has been published once again, with some footballing figures featuring prominently.

A total of 51 billionaires are included in a list that totals a staggering 231,488 million euros altogether.

It is the 13th such edition published annually by newspaper El Mundo and the cast is once again led by Inditex founder Amancio Ortega, with a net worth of 50.4 billion euros.

We take a look at the top five richest men who are involved in Spanish football.

The Real Madrid president comes in at 40th on the list with a net worth of 1.2 billion euros. The entrepreneur is president and chief executive of the ACS group, a world leader in infrastructure development across five continents.

The Villarreal president is 52nd in the ranking with a worth of 930 million euros. His interests cover various sectors as he is the president of Pamesa Ceramics and involved in both the food and football industries. At the moment, his efforts are focused on his club following a disastrous first half of the campaign from the Yellow Submarine.

Gil Marin is the chief executive of Atletico, a club which he owns 51 percent of at the moment. His net worth of 240 million euros places him at 192nd in Spain’s top 200 and his current business interests covers Torre de Valencia, the Wanda Metropolitano stadium, the urbanisation of San Rafael and his family farms.

The audiovisual magnate appears just one placed behind Marin on the list at 193rd with a worth of 230 million euros. Roures and his partner ‘Tatxo’ Benet own 24 percent of the Mediapro production company, which is valued at 430 million euros. They last year acquired the rights to Ligue 1 in France for four seasons from 2020 until 2024 and have the rights to Serie A until 2021.

The Atletico Madrid president comes in at 195th in the ranking of Spain’s top 200. With a net worth of 230 million euros, he has been in charge at the club since 2003 and holds 14.6 percent of the share capital in the Rojiblancos. He is also a prominent producer in the Spanish cinema scene, with companies that produce 80 percent of the movies made in Spain.

The only athlete who appears in the list of Spain’s richest is tennis player Rafael Nadal, who was ranked in 239th position with a value of 185 million euros.