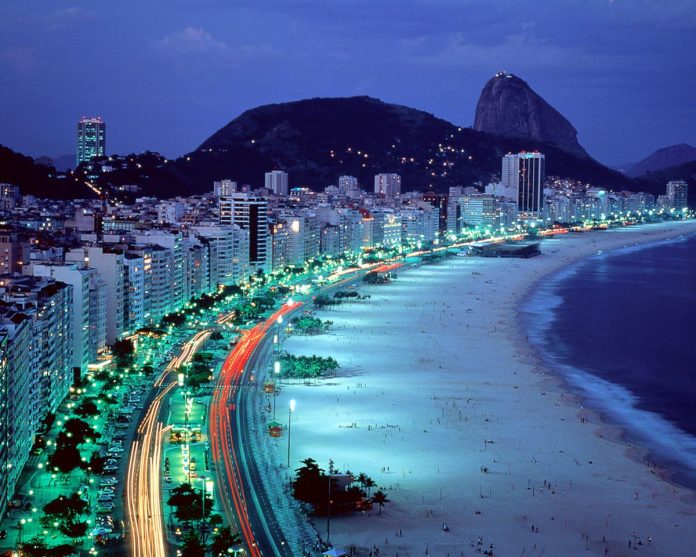 Venice starts the party on February 16, 2019. The Venice Carnival is three glamorous weeks of masked balls, concerts, performances, historical reenactments, and people on parade in fancy dress in St. Mark’s Square and on the Grand Canal. Choose a costume at the famed Atelier Flavia which will be set up this year the Hotel Luna Baglioni.

The Carnival in Rio de Janeiro officially begins on March 1, 2019.  Once you arrive in Rio, it’s good to know that the flagship parades take place at the aptly-named Sambadrome. But you’re likely to find a party no matter where you go.  The Rio carnival attracts approximately a million people from different parts of the globe to this city, where they can enjoy the pulsating sounds of the Samba.

This year, Mardi Gras itself falls on March 5, 2019. But the parades have already started, and there will be plenty of parades and celebrations throughout the entire month of February. The most festive days of all are the weekend before Mardi Gras – meaning you want to arrive no later than March 1, 2019. Mardi Gras, or “Fat Tuesday” or “Pancake Day” is the last day of the Carnival Season.

The Chinese New Year Parade is held on the first night, and the proceedings are brought to an end with a huge firework display over Victoria Harbour on the final night.

The city is covered in bright red and gold, the lucky colors representing happiness and wealth. There’s a stunning flower market at Victoria Park. There are horse races and parties. A couple of weeks later, on February 19, 2019, you can join the luminous annual Lantern Festival (Yuan Xiao Jie). It’s celebrated on the first full moon and 15th day of the lunar year, marking the end of the New Year celebrations. The Festival features hundreds of colorful lanterns adorning Hong Kong’s markets, store fronts, and restaurants.

The best-known of the Lantern Festivals is the Pingxi Sky Lantern Festival in Yunlin, Taiwan. Over 20 million visitors to travel to see the dazzling night sky filled with giant lanterns, explore the festival with handheld lamps, and enjoy live performances. Sky lanterns carry the prayers and vows of the people and by which they seek the purification of their souls The event will be held on February 19, 2019.

The first hints of spring arrive at the Kew Gardens London Orchid Festival – this year’s theme is a celebration of Colombia’s vibrant plant life and culture. The show-stopping display is a carnival of animals, depicting a toucan in flight, a hanging sloth and a swimming turtle. There’s also a homage to the rainbow river Caño Cristales; hundreds of butterflies are suspended from the ceiling and one gallery contains a floating golden-yellow display to honor the legend of El Dorado.The event runs from February 9 to March 10, 2019.

If you prefer to be stateside, you can catch the annual New York Botanical Garden Orchid Show beginning February 23, 2019. This year’s theme celebrates Singapore, the vibrant “City in a Garden. While you’re in New York, catch one of the blockbuster art exhibits at the Whitney, the MoMA and the Met. And shop and dine at some of the cool new places that have opened in the past few months.

February is summertime in Tasmania, and the weather is generally dry with very comfortable temperatures. As an added benefit, the heavy tourist crowds from the holidays will have dissipated. Hiking (or “bushwalking”) is a primary draw for visitors – experts recommend exploring the Tasmanian Wilderness World heritage Area, particularly the Overland Track. Visit the lavender fields at Bridestowe Estate, which will be in full bloom. Stay at the ultra-luxurious resort Saffire Freycinet overlooking the wide expanses of Great Oyster Bay — you’ll be able to see migrating whales and dolphins, and dine on fresh oysters, rock lobster, scallops and deep sea fish. The resort’s rooms all have views of the Hazards Mountains.

For a truly luxurious escape, there’s no better option than an excursion to a private island. In the Seychelles, there are only 11 villas on North Island, where you can scuba-dive before tucking yourself away on a secluded beach. The car-free island is about the size of Monaco, with four white-sand beaches plus grassy plateaus and granite peaks. East Beach piazza is the site of several heritage stone agricultural buildings have been retooled to house a library, dive center, boutique, bar and restaurant.

A small island a few miles away of Eleuthera, with fewer than 2000 residents, but full of beautiful pink sand beaches, pastel painted cottages with picket fences, quaint boutique hotels and restaurants that rival the best hot spots.

Harbour Island is the perfect luxury getaway. Outlying coral reefs like the Devil’s Backbone are home to marine life such as stingrays and turtles.