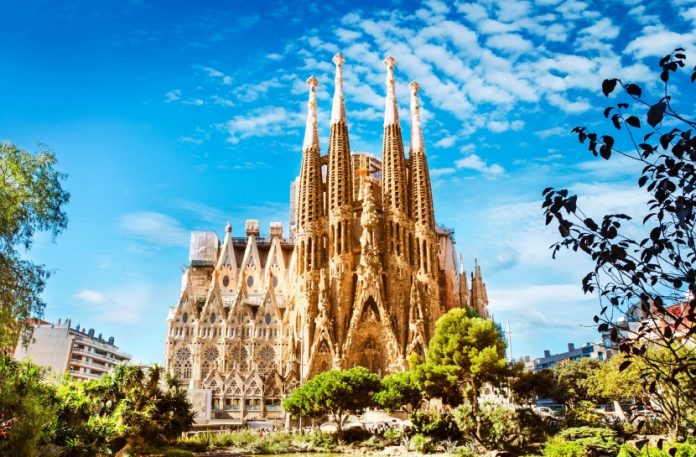 The most famous architects in history come from all over the world and include some of the best known historical architects as well as the most talented architects of the modern age from around the world. Who are the best architects of all time? Here is our list:

Antoni Gaudí i Cornet was a Spanish Catalan architect from Reus and the best known practitioner of Catalan Modernism. Gaudí’s works reflect an individualized and distinctive style. Most are located in Barcelona, including his magnum opus, the Sagrada Família. Gaudí’s work was influenced by his passions in life: architecture, nature, and religion. Gaudí considered every detail of his creations and integrated into his architecture such crafts as ceramics, stained glass, wrought ironwork forging and carpentry. He also introduced new techniques in the treatment of materials, such as trencadís which used waste ceramic pieces.

Gaudí spent his entire career in Barcelona, where he built all of his projects, the most famous of which is the 1883 cathedral known as La Sagrada Familia, still under construction today. His style was an ornate mix of Baroque, Gothic, Moorish and Victorian elements that often featured ornamental tile-work, and drew upon forms found in nature—an influence that can he seen in the tree-like columns holding up the vast interior of his church, as well as the undulating facade of another of his famous creations, the apartment block known as the Casa Milla (inspired by the multi-peaked mountain just outside of Barcelona called Montserrat). Gaudí’s work would go on to have a tremendous impact on subsequent generations of modernists.

Some consider Frank Lloyd Wright to be the greatest architect of all time. A Wisconsin native, Wright was an American architect, interior designer, writer, and educator, who designed more than 1,000 structures, 532 of which were completed. Inspired by the low-lying building that dotted the American plains, Wright created the Prairie House style as a reaction the prevailing Victorian aesthetic, which emphasized dark decor, and busy embellishments both inside and out. Wright was a leader of the Prairie School movement of architecture and developed the concept of the Usonian home, his unique vision for urban planning in the United State.  Frank Lloyd Wright believed in designing structures that were in harmony with humanity and its environment, a philosophy he called organic architecture. This philosophy was best exemplified by Fallingwater, which has been called “the best all-time work of American architecture”. In its stead, Wright employed clean geometries with an emphasis on horizontal planes. His most famous building, Falling Water (a residence in Bear Run, PA, designed for Pittsburg department store magnate, Edgar Kaufmann in 1935) features stacked rectangular balconies that seem to float over the natural waterfall incorporated into the house. Later in his career, Wright would embrace curvilinear elements, a shift that found its most celebrated expression in the Solomon R. Guggenheim Museum.

Famously holding to the proposition that “less is more,” German architect Mies Van der Rohe stripped architecture to elemental geometric forms, pointing the way to Minimalism. He banished all traces of ornamentation, using the innate qualities of materials such as steel and plate glass to define the look of his buildings. This approach came out of another credo—form equals function—espoused at the Dessau Bauhaus, for which he served as the last director before the Nazis closed it down. His designs emphasized rationalism and efficiency as the route to beauty, an approached exemplified by The Barcelona Pavilion, built to house Germany’s exhibit for the 1929 International Exposition in Barcelona. In it, you can see that while Mies (the name by which he’s best known) abjured decorative details, he wasn’t adverse opulence, as the liberal use of marble, red onyx and travertine in the structure attests. The resulting masterpiece is only matched, perhaps, by Mies’s Seagram’s tower in New York.

This West Coast architect is undoubtedly the most famous in the world right now, thanks to his 1997 design for the Guggenheim Museum branch in Bilbao, Spain. Gehry’s works are considered to be one of the most distinctive and innovative architectural phenomena around. His deconstructive forms are iconic as tourists flock to all of his buildings worldwide to marvel at the architectural forms he creates. Among the greatest architects of late 20th century architecture, the Canadian-American Pritzker Prize-winning designer Frank Gehry is the leading exponent of deconstructivism, a postmodernist style of architecture developed in Europe and the USA during the period 1980-2000.  Named by Vanity Fair as “the most important architect of our age”, he has set the precedence for contemporary architecture.

He was given the prestigious Pritzker Prize in 1989—an award meant “to honor a living architect or architects whose built work demonstrates a combination of those qualities of talent, vision, and commitment, which has produced consistent and significant contributions to humanity and the built environment through the art of architecture.”

A fan of Frank Lloyd Wright, Ludwig Mies van der Rohe, and Le Corbusier, British architect Norman Foster worked early in career as an associate of Buckminster Fuller, the noted visionary and inventor of the geodesic dome. The latter’s tessellated pattern of triangular forms must have made an impression on him, since his most famous buildings feature similar surface treatments for their facades. Exhibit A: 30 St Mary Axe in London, aka The Gerkin, a commercial skyscraper in London’s financial district that opened in 2004. Its pickle-like form tapering to a point has become an international icon, as synonymous with London as the Eiffel tower is with Paris. Norman Foster was both a graduate of Manchester University School of Architecture and Yale University’s Masters in Architecture program. In 1999 he became a Pritzker Prize winner. Foster and Partners, founded in 1967, has received over 470 awards and citations for excellence in their activity, including gold medals from RIBA and AIA.

Unlike other architects on this list, Italian architect Renzo Piano isn’t recognized for having a singular style. Instead, his building have been eclectic, ranging from the Neo-Brutalism of his design for the Whitney Museum’s home in the Meatpacking District, to the elegant, light-filled Menil Collection in Houston Texas, which resembles an overgrown version of a mid-century house by West Coast modernist, Richard Neutra. However, his projects often share a certain industrial or technological look (he cut his teeth, assisting Richard Rogers in the design of the Pompidou Center). The Shard in London is his largest building to date, a sharply tapering 95-storey skyscraper made of glass and steel that has become his most recognized creation. Renzo Piano was named one of Time magazine’s top 100 most influential people in 2008. Piano who is an Italian Pritzker prize-winning architect has been instrumental in shaping modern architecture that stands on its own in recognition.

Santiago Calatrava Valls is a Spanish neofuturistic architect, structural engineer, sculptor and painter. He has offices in New York City, Doha, and Zürich, where he now resides.

The work of this Spanish architect has been described as Neofuturist, although sci-fi baroque might be closer to describing it. His buildings often resemble the ribcages of extinct robotic dinosaurs, if such things existed. His projects definitely attracted worldwide attention—and garnered a reputation for massive cost overruns. Nonetheless there’s no denying that Calatrava is one of the most distinctive architects working today, as his best known creation, the Transit Hub for the World Trade Center—attests. Finally open after years of delays and exploding expenditures, the Transit Hub is a vision in white, its interior dominated by a glass occulus allowing daylight to filter into its main hall. As it happens, Calatrava has another building on the WTC, a Greek Orthodox chapel that replaces one destroyed during the 9-11 attacks. It, too, is clad in white while its form is based on famed Hagia Sofia in Istanbul.

The late architect Zaha Hadid — known as the “Queen of the Curve” for the modern, curving designs of her buildings — had a legendary career. One of the few women to have risen to the level of starchitect—and the first ever to win architecture’s version of the Oscar, the Pritzker Prize—Zaha Hadid (1950–2016) was known for futuristic designs that employed curving, swooping lines more suitable for UFOs than buildings. Born into a wealthy Iraqi family in Bagdad and educated in the U.K. (where the Queen would later make her a Dame, the feminine form of address for knighthood) Hadid threw out the rule-book, eschewing the linear geometry usually employed by architects for an Expressionistic style that often appeared to allude to the female form—though not intentionally, according the Hadid herself:

Iconic Works: MAXXI – the National Museum of the 21st Century Arts, the Bridge Pavilion in Zaragoza, Bergisel Ski Jump in Innsbruck, Phaeno Science Center and the Opera House in Guangzhou and more.