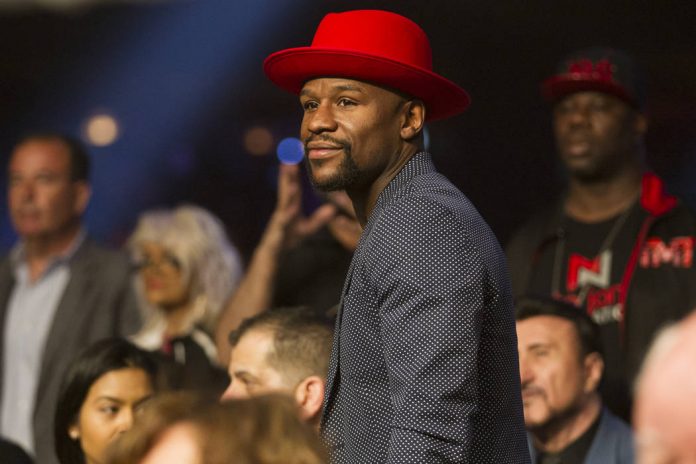 Forbes recently released his annual global list of the 100 top-earning athletes in pro sports, that managed to accumulate $3.8 billion with 23% derived from sponsorships and appearances in 2017/18 season. In all there are athletes from 23 countries and 11 sports, prevailing with NBA players (40) and Americans (65).   Top 10

The highest paid athlete this year is a professional boxing promoter and former professional boxer, who missed last year’s Forbes list but managed to gather $275 million with his final return fight versus Conor McGregor in August 2017, as the “A” side of the bout and for his role as a promoter. Other $10 million missing from the total 2017/18 budget was pocketed from endorsements.

This year Messi beat Ronaldo and finished 2017/18 season as the top scoring player in the Top 5 European Leagues, with 45 goals. His whooping salary consists of $84 million on-court income, and $27 million from endorsements. Messi signed a contract extension with Barcelona in November 2017, that will keep him with the club through 2021 season, with an annual salary and bonus in excess of $80 million. He will join that with his lifelong deal with Adidas, and other sponsors, like include Gatorade, Pepsi, Ooredoo, Huawei and Hawkers.

Last year’s richest athlete falls on the third place this time, still making about $15 million more, with $61 million on court salary and $47 million from sponsorship deals. In past season Ronaldo netted 44 goals in 43 matches and accomplished a fifth Ballon d’Or and fifth Champions League title. His lifetime Nike contract is worth upward of 1 billion U. S. dollars and he has a bunch of other endorsement deals including Herbalife, EA Sports and American Tourister, along with a growing line of CR7 branded products. Ronaldo still remains the most popular athlete with 322 million social media followers.

Thanks to the 2017 boxing match with this year’s top scorer Floyd Mayweather, this UFC’s biggest star scored his biggest payday to date, banking $85 million. He also signed a number of partnership deals, like Burger King, Beats by Dre, Monster Energy, David August, BSN, Anheuser-Busch, HiSmile and Betsafe, that added a total of $14 million from endorsements. McGregor has also a residency deal with the Wynn Las Vegas for his after parties and generates cash also from his digital properties, Conor McGregor FAST Program, MacMoji App, MacTalk App and the Mac Life.

This Brazilian superstar signed a five-year contract with Paris Saint-Germain in August 2017, that is considered to be the best-paying deal in the world until today, worth a total cash outlay of more than $600 million. $250 million of that was paid to his former club Barcelona for the release, while the remaining $350 million will be cash out in salary through his contract. This 26-year-old banked $73 million in on-court money past season and $17 million from sponsorship deals he has with Nike, Red Bull, Gillette, McDonalds and Beats by Dre.

LeBron remains the highest paid basketball player in the world, with $33.5 million salaries from the team and a whopping $52 million from endorsements, thanks to his success on the court. He broke Michael Jordan’s long-standing record of consecutive games with double-digit points during the most recent season and became the youngest player to reach 30,000 career points. LeBron is endorsed by many commercial giants, such as Nike, Coca-Cola (Sprite), Beats By Dre, Kia Motor, Intel and Blaze Pizza. His signature sneakers are the best-selling among active NBA players.

At the beginning of 2018, Federer returned to the No. 1 world ranking, becoming the oldest by more than 3 years to reach the ATP top ranking. He added two more majors to his tally, bringing his record total to 20. He remains the top-earning tennis player, mostly thanks to his off-court deals of $65 million ($12.2 million on-court), with long-time partnerships like Wilson, Credit Suisse, Mercedes, Rolex, Lindt, Jura, Moet & Chandon, Sunrise and NetJets. He also renewed the deal with Mercedes-Benz and Lindt at the end of 2017, and added pasta brand Barilla as a sponsor last year, with a deal of around $40 million.

This two-time MVP beat Kevin Durant this time, with the earnings that nearly tripled in past season, combined of $34.9 million from the team and $42 million from sponsorships. He signed the NBA’s first $200 million contracts last summer – a five-year contract with the Warriors, that guarantees $201 million. He is endorsed by Under Armour, Chase, Vivo, eHi, Nissan/Infiniti, Brita, Bubble and JBL. This year also Sony Pictures announced a multi-year development and production deal, that will look to develop and produce film and television projects with a focus on family, faith, and sports themes.

Ryan became the first NFL’s $30 million-per-year player when the Falcons locked up their franchise quarterback through 2023 in May. He managed to claim $62.3 million last season from the team and an additional $5 million from endorsement contracts he has with Nike, Gatorade, Delta Airlines, IBM, Mercedes Benz and the Banana Republic. The MVP and Super Bowl raised his marketing profile since he won the 2016 NFL MVP while leading the league in getting the Falcons to the Super Bowl.

Last summer Stafford signed a five-year deal worth $135 million with $60.5 million guaranteed, which is the richest contract in NFL history (since exceeded by Jimmy Garoppolo and Matt Ryan). He was the #1 overall pick in the 2009 NFL Draft and a Pro Bowler in 2014, that set an NFL record as the fastest to 3,000 completions for his career of 125 games. His total earning of 2017/2018 consists of $57.5 million of on-court salary, and $2 million from endorsements of Nike, PepsiCo, Fanatics, Blue Cross/Blue Shield, Ford Motor, Panini and St. Joe’s Hospital.