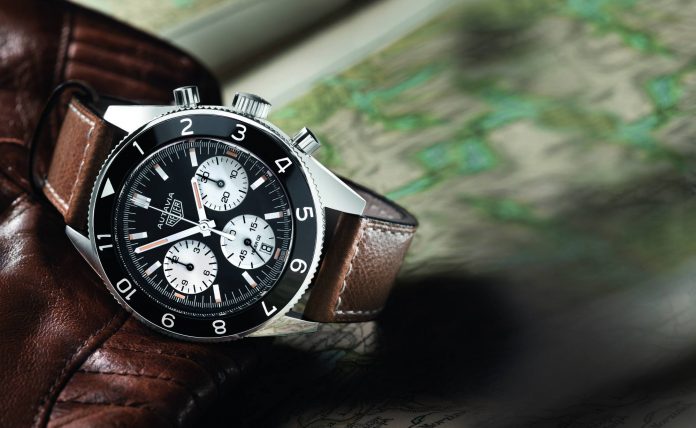 Rebirth of the Autavia, the first wrist chronograph with a rotating bezel designed by Jack Heuer in 1962.

A contraction of AUTomobile and AVIAtion, its name is synonymous with its rotating bezel, its large snailed counters and the exemplary legibility of its black and white. Created in 1962, this iconic model celebrates its 55th anniversary in 2017, in the form of a neo-retro successor featuring updated functions and a proprietary movement.

Modern yet faithful to its roots, the new generation Autavia channels the spirit of the golden age of motor racing. As innovative as the original, this contemporary model is the result of an interactive campaign called the “Autavia Cup” run in 2016: from a choice of 16 vintage models, more than 50,000 web users voted for a reissue of the Autavia “Rindt” worn by the famous F1 driver Jochen Rindt. 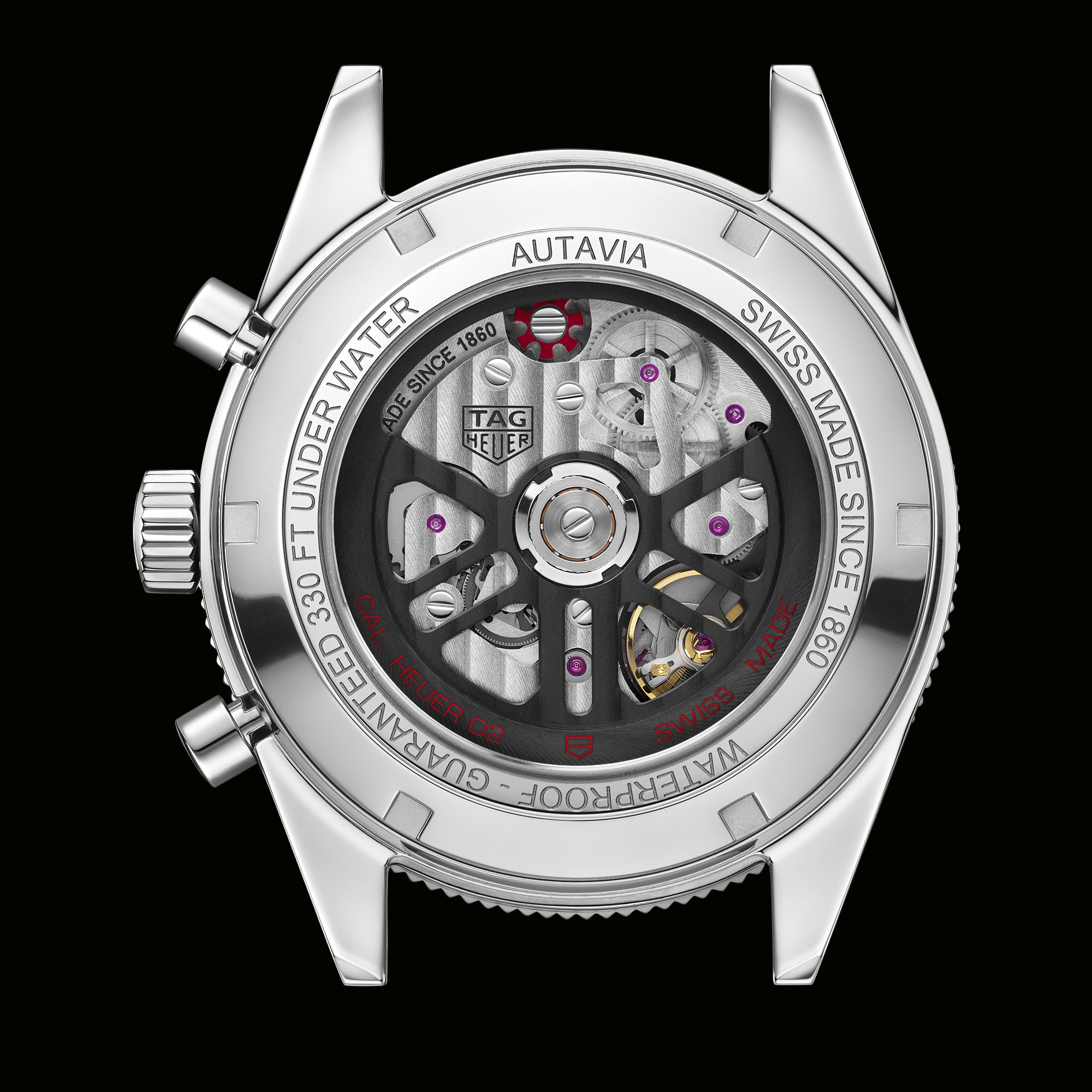 Motor racing in the blood

Much more than a reissue of an iconic model, the new generation Autavia embodies a respect for the authentic world of motor racing and its roots, harnessing technology to improve functionality – TAG Heuer’s signature accuracy. New execution, modern functions,
a contemporary mechanism. An enduring, legendary style, coveted by fans of vintage chronographs with a rugged appeal. The watch of 1960s F1 heroes. Legendary figures running on kerosene, tobacco and adrenaline. The Autavia will always embody this exhilarating world in which everything can change in a second.

The Autavia’s comeback is the result of a unique collaborative campaign — the “Autavia Cup” — held in the spring of 2016. The principle: to consult the brand’s community of fans and collectors and to talk to connoisseurs, offering them the opportunity to choose the historic model that would inspire the rebirth of the Autavia.

Web users voted for their favourite from among 16 first generation (1960s) Autavias.
More than 50,000 votes were registered over two rounds, resulting in four finalists and one overall winner: the famous Autavia Ref. 2446 Mark 3, designed in 1966. It was named the “Rindt”, in honour of the celebrated Formula 1 champion Jochen Rindt, on whose wrist it was a semi-permanent fixture.

To revive a cherished watch in consultation with its admirers: an innovative, collaborative project demonstrating TAG Heuer’s commitment to and respect for these true devotees and advisors par excellence. An impressive response on social media resulting in the rebirth of the winning model, the Autavia “Rindt”. Based on the second execution of the case, with a refined bezel, bevelled horns, a black dial, three white counters, straight hands and polished steel baton indexes with luminescent inserts, this iconic piece bears all the hallmarks of a winner. Its “ambassador”, Jochen Rindt, one of history’s greatest F1 drivers, actively contributed to its renown. 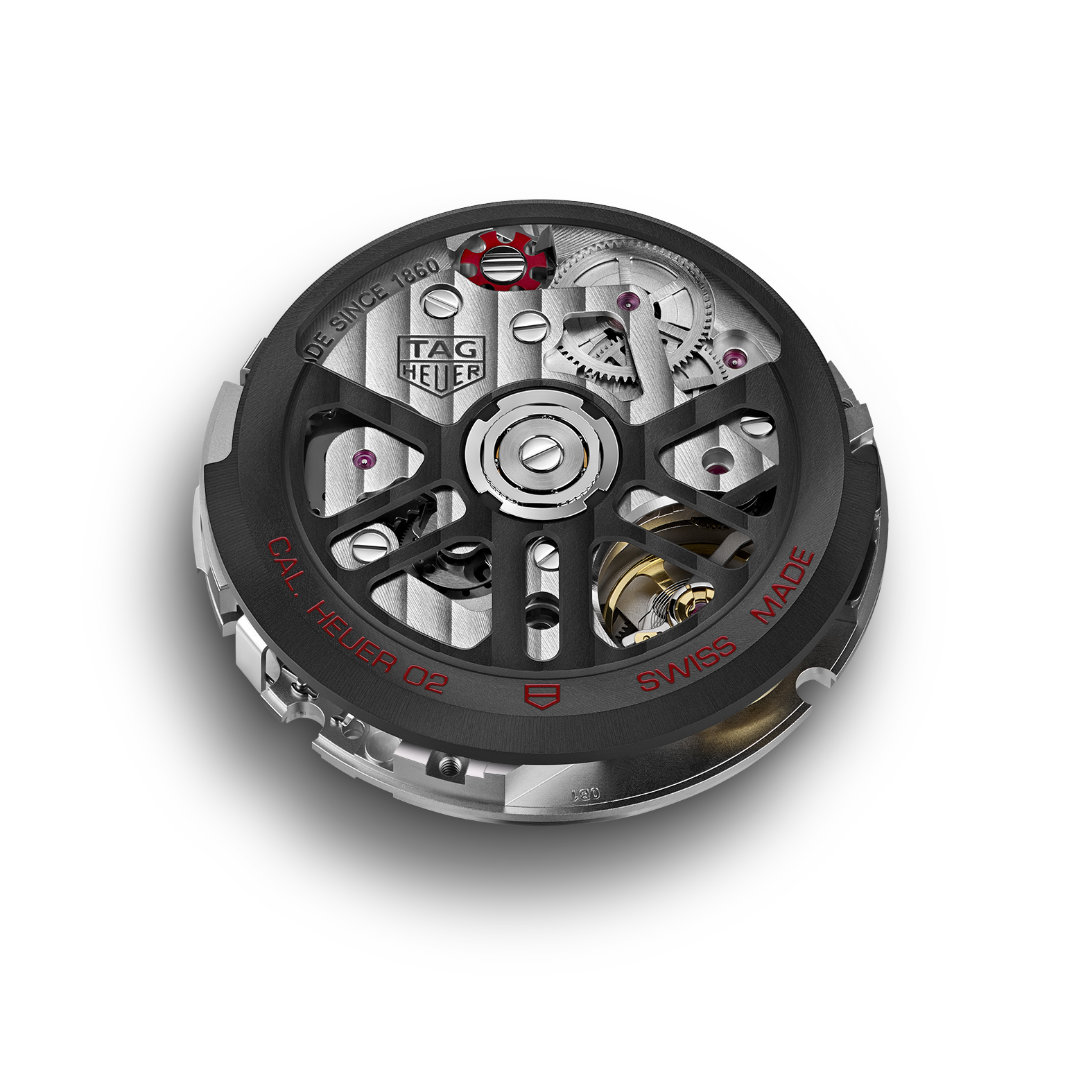 More imposing than its ancestor — 42 mm in diameter compared to 39 in the 1960s — with a 12-hour graduated bezel and a new Heuer-02 calibre proprietary chronograph movement, the latest generation Autavia carries the DNA and aesthetic codes of the original, updated for today’s market. Its functions are tailored to modern requirements: a self-winding calibre, power reserve of 80 hours, date at 6 o’clock, water resistance to 100 metres. In black aluminium, the bidirectional notched bezel encircles a black dial with three white snailed counters in an optimal layout. A legible, balanced display with hands and applique indexes in steel coated with beige Super-LumiNova®.

A future collector’s item, the new generation Autavia stays true to the simple, robust lines of its ancestor. A retro look updated with touches of modernity, grounded in the real world. “Mushroom” push-pieces, a ridged crown, the Heuer logo and a distressed calfskin leather strap for a vintage feel. A contemporary twist is revealed in the addition of a date aperture and a sapphire case-back. Like the patina of a vintage watch, the luminescent coating has a beige tint, in harmony with the strap stitching. The studied neo-retro style encompasses the minute track subdivisions, employing the “1/3-2/3” ergonomic rule of the era created by Jack Heuer to enhance legibility and accuracy.

A plus for purists

The inscription “Heuer-02” above the date aperture references one of the major innovations of this contemporary model: its proprietary movement, the new Heuer-02 chronograph calibre, with 4 Hz frequency for a power reserve of 80 hours. Just 6.9 mm thick, this self-winding movement comprises 233 components, a pillar wheel and a vertical clutch. Featuring traditional finishes visible through the sapphire case-back, this TAG Heuer proprietary mechanism offers maximum space for the counters on the dial side, resulting in a visual balance and perfect legibility.

Devotees of the original Autavia have already fallen under the spell of this neo-retro generation. Its motor racing heritage, its imposing features and its iconic character have been preserved with care and respect. Optimal proportions, typography, counter finishes, legibility and the power of the rotating bezel. It’s all there. And for the purists, a choice of wristlet: a distressed brown calfskin leather strap with ecru stitching or a Sixties-inspired 7-row steel “beads of rice” bracelet. The Autavia transports its wearer into the stylistic world of the post-war boom years and its mercurial characters. 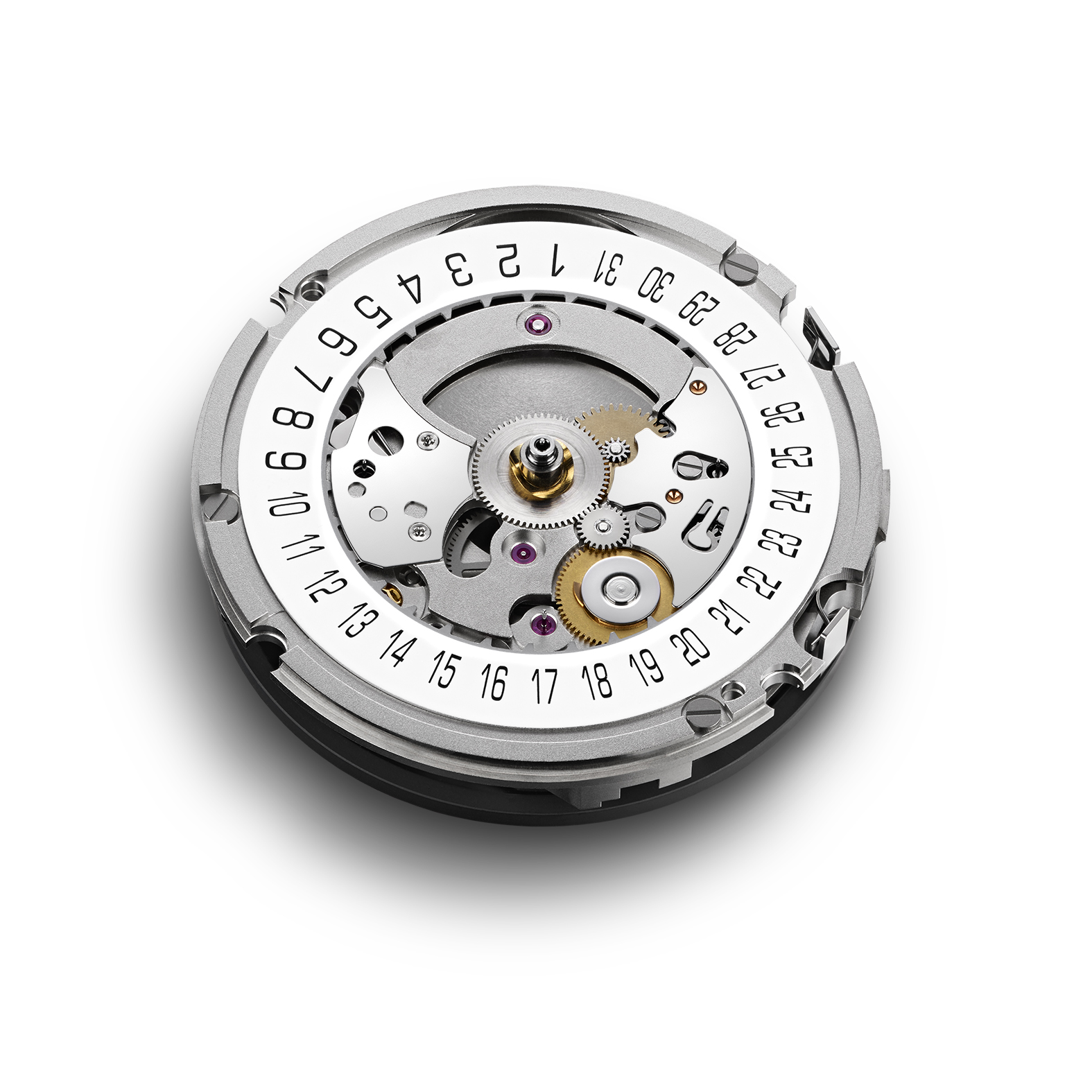 The roots of the Autavia

To better understand the motoring roots of the Autavia, let’s take a quick look back at its history. In 1933, Heuer designed the first dash counter for racing cars and aircraft: the Autavia chronograph. The name was a contraction of AUTomobile and AVIAtion – as ingenious an invention as the model’s timekeeping functions. Three decades later, in 1962, Jack Heuer,
the fourth generation head of the company, created his first wrist sports chronograph. Its innovative signature: a rotating bezel. The Autavia name was reborn with this new, complete and extensive range. In the catalogue until 1986, its numerous executions were extremely successful, remaining to this day among the most sought-after collector’s chronographs.

For many, the Autavia is far more symbolic of the automotive side than aviation.
Its ambassadors were the greatest Formula 1 drivers of the 1960s and 1970s: Jo Siffert, Mario Andretti, Jochen Rindt, Derek Bell, Clay Regazzoni, Gilles Villeneuve, Jacky Ickx, Emerson Fittipaldi, Graham Hill, Mario Andretti, Björn Waldegård and even Steve McQueen wore the model. At the time, the Autavia was an essential accessory for champions. Aside from cigarette manufacturers, Jack Heuer was the first Formula 1 sponsor. With his keen interest in cars and a remarkable flair for marketing, this visionary strengthened the ties between the watch brand and motor sport.

Worn by F1 champions, the Autavia became an icon of a sexy, thrilling and dangerous world. The drivers were sources of fascination, at a time when motor racing provoked a heady mix of euphoria and suspense. The excitement was inflamed by an acute sense of danger: out on the track, cocooned in their cars, drivers gambled with their lives. An extremely dangerous sport; a chillingly short life expectancy. Driven by forces of nature alive with a fiery impulse. Living intensely, without calculation, taking risks… these stars, who shone so very brightly, chose the Autavia for its versatile character, its robustness and its reliability. They turned it into a symbol.

An iconic model is often distinctive for its bold, unique design. By contrast, the Autavia made its name thanks to its numerous variants. Two or three counters, different scales on the bezel, a GMT model, a diving version and military variants… its multiple facets bewitched collectors. The original Autavia was a classic, dressed almost entirely in black and white.

It took on more colours in the 1970s, echoing the trend for the cars of the era. Over 55 years, the design of this historic chronograph has undergone constant evolution in line with fashion and technological innovations. Out of respect for its ancestors, the new Autavia is much more than a replica of a retro watch. It revives the past and roots it firmly in the present.

The Biggest Fashion Trends of Spring 2019