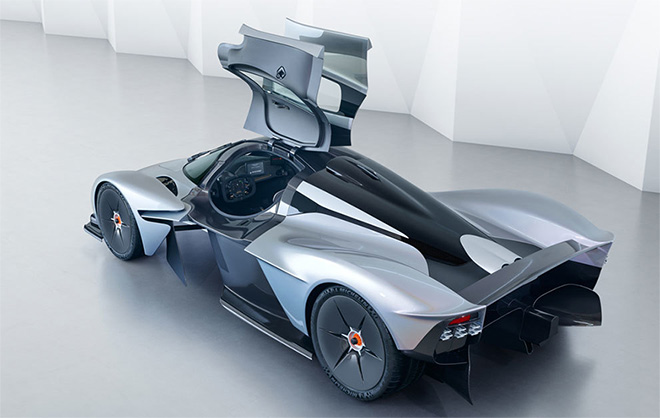 Named for Norse celestials, the new Aston Martin Valkyrie is the brand’s first hypercar. An incredibly specced car with a futuristic design, the Valkyrie takes its namesake from the goddess Freyja’s “angels”, messengers who bring their chosen to the Norse afterlife, Valhalla, ruled over by the god Odin. As such, the Aston Martin Valkyrie is evocative of the power and honour of mortal heroes and powerful gods.

The New Aston Martin Valkyrie is the brand’s first Hypercar

With a limited edition production of 150 cars and backed by Red Bull Racing Advanced Technologies, Aston Martin’s first ever hypercar is as close to a Formula One race car while still being street legal and imbued with all the expected creature comforts of the brand’s hallmark handcrafted luxurious leather interiors. The Valkyrie possesses a Batmobilesque, never before seen aerodynamic exterior while the recognisable open underfloor maximizes downforce and harnesses the immediate environmental characteristics around the Aston Martin hypercar. 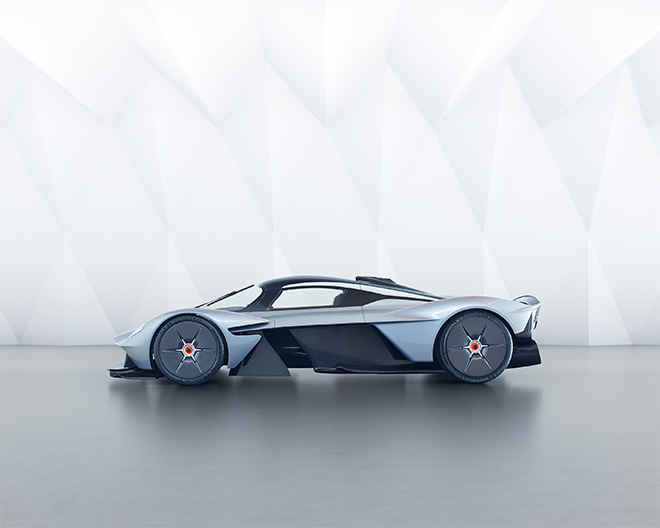 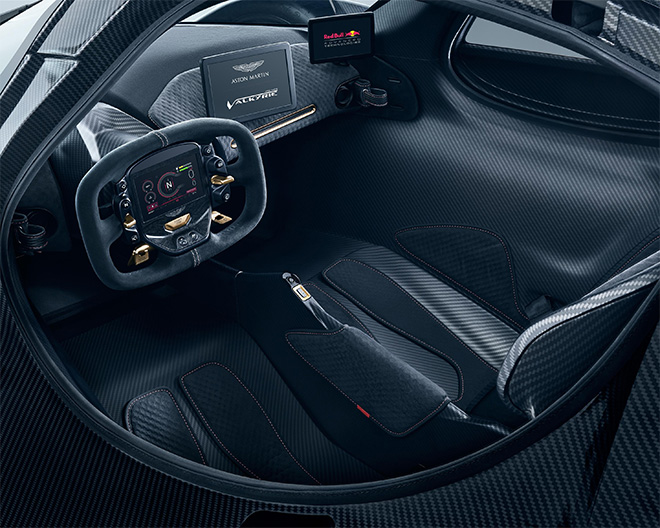 Other F1 engineering cues include the Aston Martin Valkyrie’s mid-mounted powertrain which (unlike F1 race cars) actually delivers throttle response which far exceeds that of race cars thanks to hybrid tech which gives the instant acceleration like a Tesla, backed by the highly engineered 6.5-litre V12 engine developed with Cosworth. That said, it’s unlike a traditional hybrid system, the V12 uses an electric motor for the initial power boost, enhancing torque during take off. 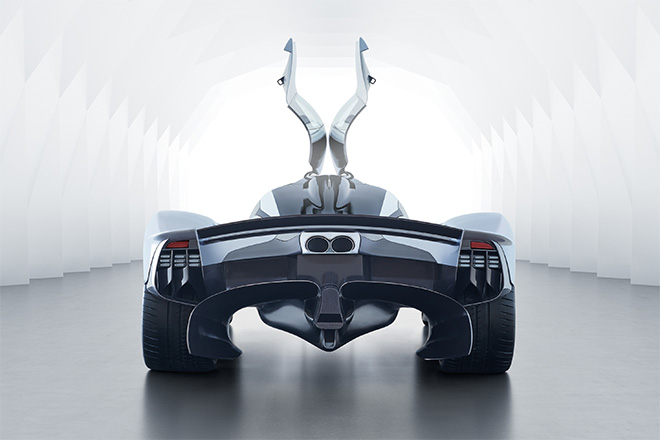 The powerful hybrid engine of the Aston Martin hypercar is further backed by the all carbon-fibre body construction with nary a steel component, dressed with Aston Martin’s signature upper grille outline, before seamlessly blending into a radical body utterly honed for performance. As a result of the ultra-light frame and the high performance hybridised v12 engine, the Aston Martin Valkyrie enjoys a  1:1 power-to-weight ratio and all of the seductive roar of a naturally aspirated engine unlike most electric cars. 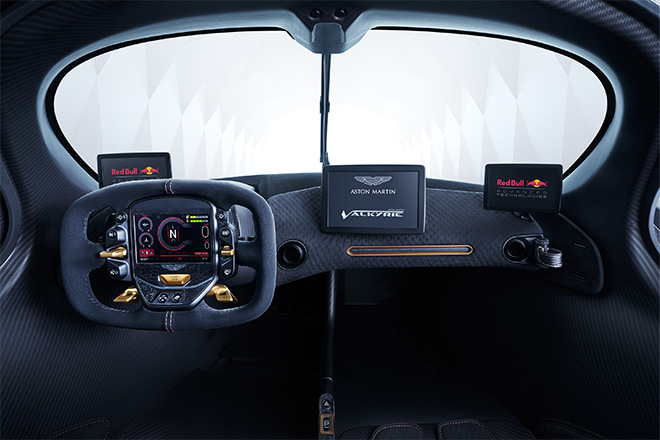