Reflecting the practice’s growing presence in Luxembourg, designs for a new office development in Belval – on the border of France and Luxembourg – were revealed. The building responds to the rich industrial heritage of Belval, revitalising the area by making a positive contribution to the site and its surroundings. The design emerges from the client’s – BESIX Real Estate Development (BESIX RED) – desire to integrate co-working spaces and collaborative offices that are flexible enough to accommodate the changing nature of the workplace. 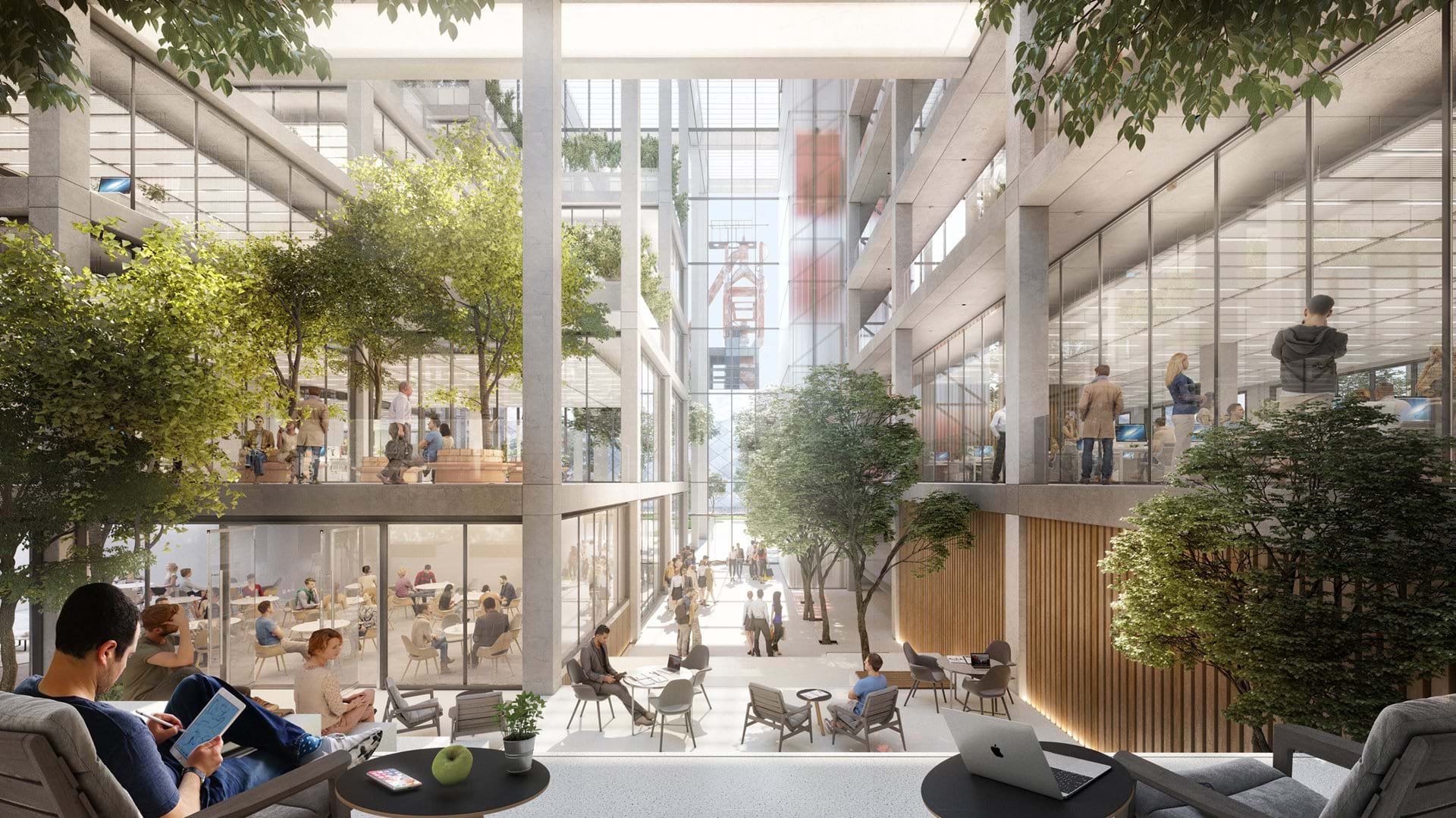 An integral part of the larger masterplan for the area, the scheme relates sympathetically to its neighbouring buildings and addresses the different characteristics of the principal axis of Porte de France on its western end and the Place de l’Académie to the east, while creating a green light-filled atrium that forms the social and environmental heart of the building. The historic and hugely symbolic Belval blast furnace forms the central focus of the dramatic vista from the atrium, forming a unique environment with a distinct sense of place and location.

Darron Haylock, Partner, Foster + Partners, said: “The challenge for us was to create a building that was open and flexible – responding to the contemporary patterns of work in today’s organisations – while also respecting the site’s industrial heritage. Focussing on aspects that create attractive places for people to work, it offers new office spaces that promote collaboration and wellbeing.” 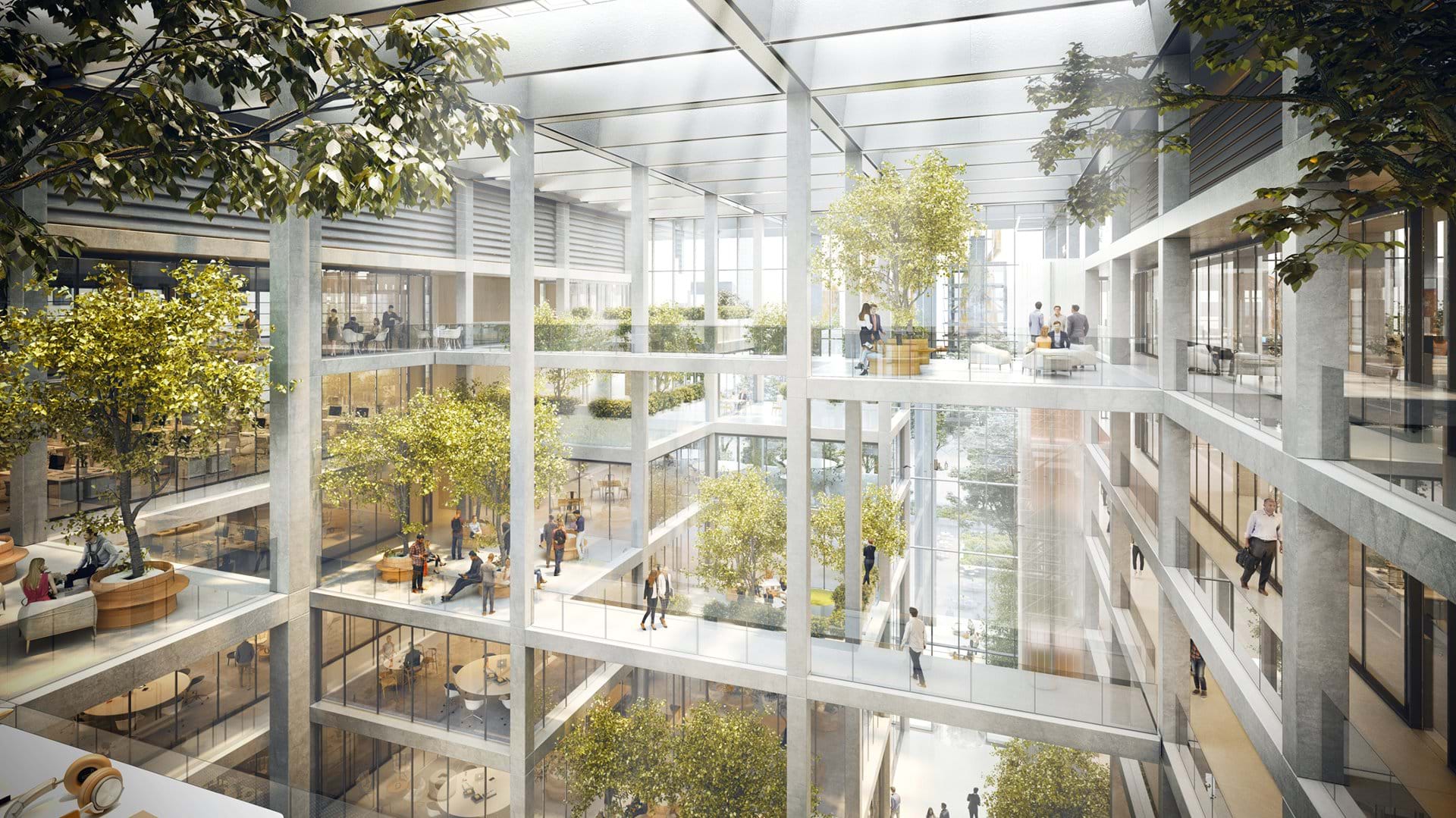 The building is arranged as two wings which enclose the central atrium. The entire volume is wrapped by a distinctive orthogonal façade and roof which emphasises the efficient structural grid and gives the building a unified industrial look. The entrances are recessed at both ends, with the façade across the entrances articulated differently in response to the urban street and civic plaza. The building edge along Porte de France can accommodate shops and bank outlets while Place de l’Académie is complemented by cafés and restaurants on the ground floor.

The fluidity of the internal spaces contrasts with the building’s dignified formal exterior. The atrium resolves the level changes between the street and the plaza through a series of stepped terraces that create a spectacular arrival sequence. The expressed circulation along the internal edges of the atrium adds to the vibrancy of the internal spaces, with communal terraces for informal meetings and break out spaces at higher levels overlooking the central volume.

“The atrium is the social heart of the building. With a central spine that winds through the spaces and green terraces overlooking it at different levels, it creates an attractive and dynamic atmosphere for people to work in,” added Haylock. 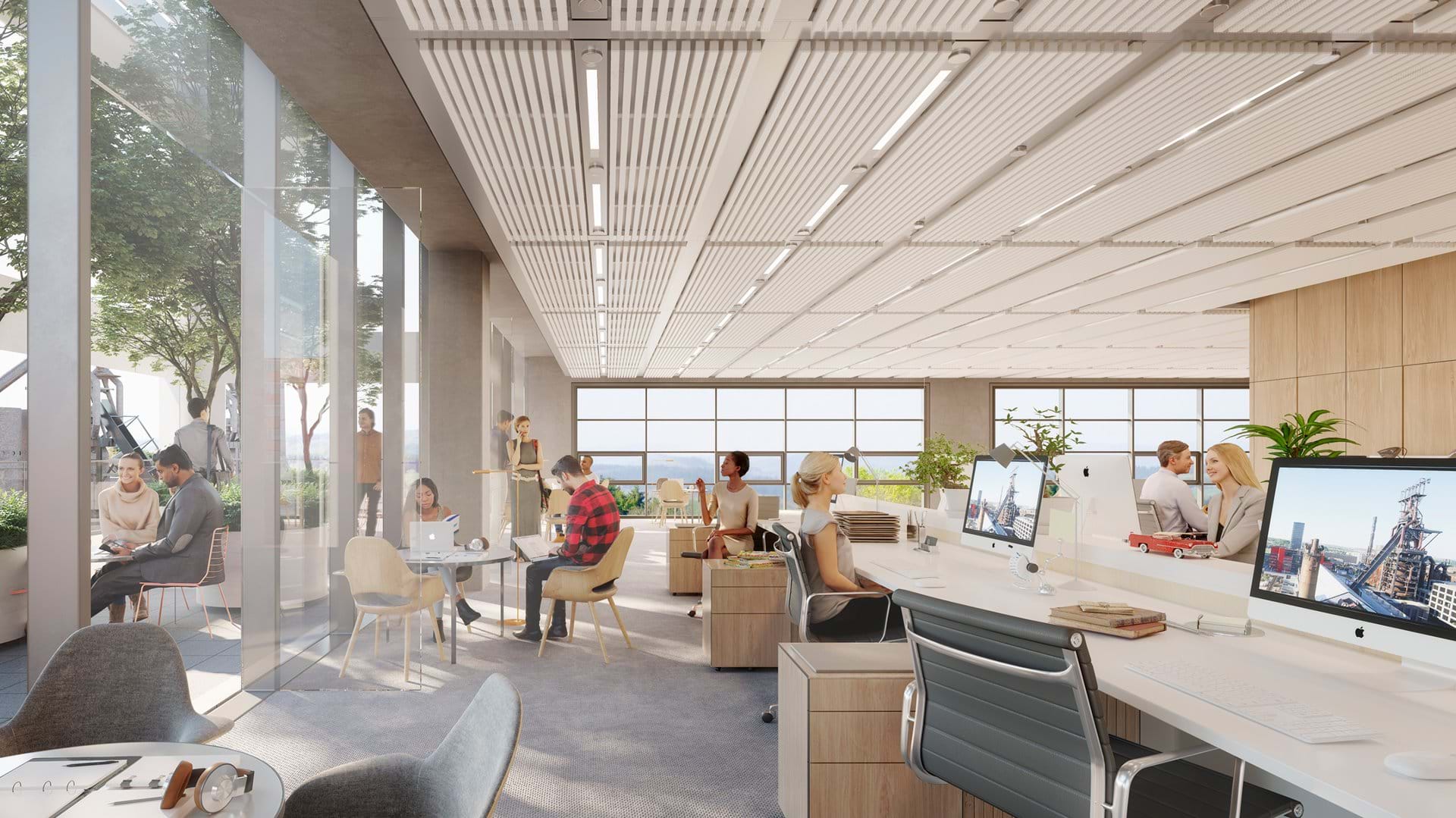 The façade offers glimpses of the interior greens spaces through a series of punched volumes that intersect the gridded structure at key points. The façade is both structural and environmentally responsive, providing an integrated solution which allows for internal column-free office spaces as well as solar shading and maximised internal daylight.