The watchmaker’s new Enigmatic additions to its high-complication ladies’ watches is a stunning representation of the midnight sky in Rome.

Earlier this year, Bulgari debuted a stunning minute repeater with a lacquered Japanese Urushi dial and snow-set diamond bezel. Part of its Divas’ Dream collection for women, the watch made Robb Report’s Best of the Best issue for 2018. Now the jeweler and watchmaker has unveiled another addition to its range of high-complication timepieces for women—the Divas’ Dream Enigmatic—and it’s every bit as visually jaw dropping as its predecessor. Unfortunately, images never do justice to the object in person, so you will have to take our word for it until you can get to a Bulgari boutique to see the watch in the metal. 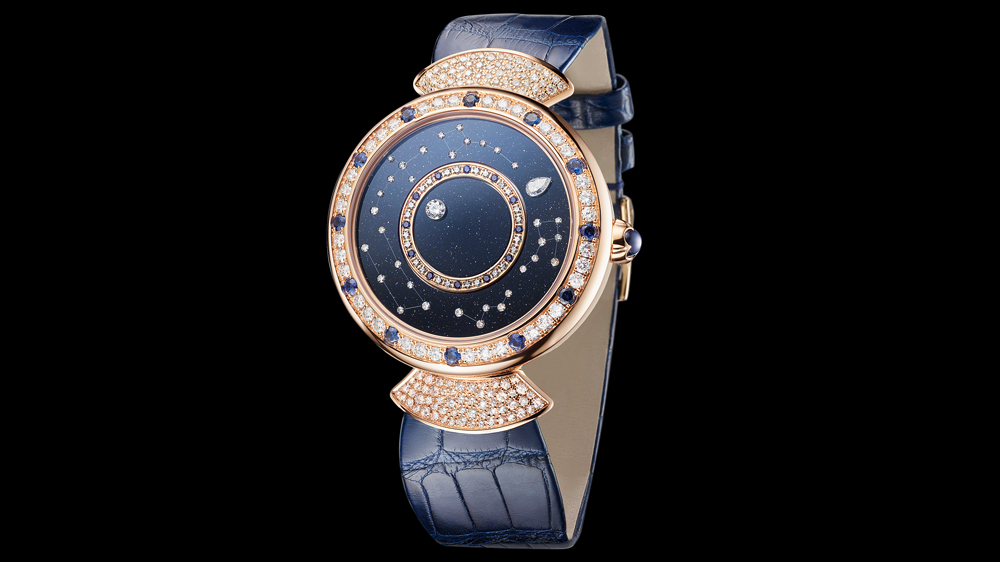 Rome, as always at Bulgari, was the inspiration behind the timepiece. The watchmaker recreated the stars in the Roman sky at midnight and miniaturized the spectacle for the wrist. The constellations engraved on the Aventurine dial represent the constellations in the Roman sky as they are positioned at midnight—a sight that can only be seen in the northern hemisphere. For the hours and minutes, two diamonds orbit the dial like planets to tell the time. A brilliant-cut circular diamond on the central Aventurine circle indicates the hour, which is visible thanks to sapphire hour markers on a diamond circle at the center of the watch. A pear-cut diamond on the outer Aventurine circle indicates the minutes, which are also read by sapphire markers set within the diamond bezel. 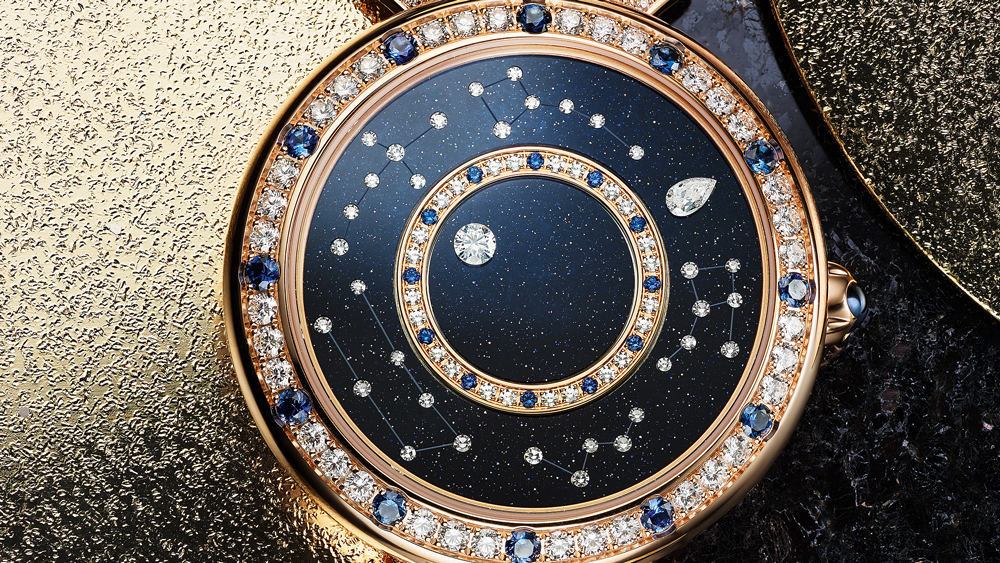 Much like the celestial replica of the sky on the timepiece’s face, the Aventurine dial itself is inherently Italian. The glass, which gives the effect of a starry effects thanks to copper fillings, was invented by a Venetian glassmaker in the 18th century. Having accidentally spilled copper fillings into molten glass, it was discovered that the effect was a sparkly decorative aesthetic similar to the stars in the sky. The material has been an increasingly popular for dials by watchmakers looking to create poetic time telling.

The celestial tribute continues with a map of the sky drawn onto the black sapphire caseback. The map shows which constellations on the dial are Ursa Minor, Hercules, Cassiopeia, and Cygnus for a better understanding of the Roman sky at midnight. The black sapphire glass is smoked for semi-transparent effect to reinforce the theme of the heavens.

Beyond the carefully constructed aesthetics of the timepiece, a substantive in-house, mechanical automatic winding BVL 308 “dischi” movement is housed within. Women who want the same kind of serious watchmaking married with feminine—but not over-the-top feminine—aesthetics should appreciate Bulgari’s understanding that women also appreciate quality and Swiss watchmaking expertise.

From a Convertible Bentley to an All-Electric Porsche, 5 Cars We Can’t Wait to...