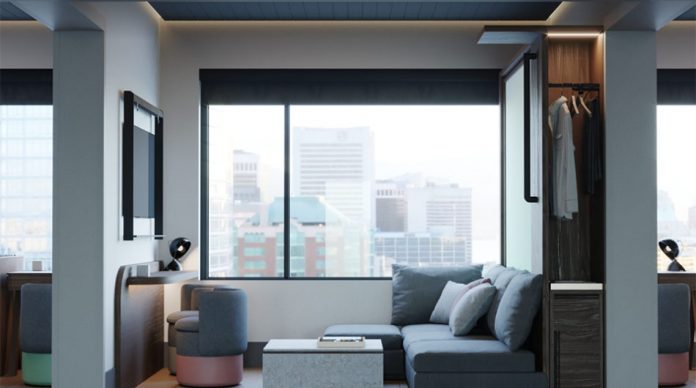 Marking their soon to be 100 anniversary, The Hilton Group officially announced the launch of the new Motto brand this week. The concept includes the so-called micro hotels with urban flair in attractive locations.

Inspired by the concept of hostels, the idea of the micro-hotel concept is based on space-saving, multi-functional rooming and flexible payment options.

The rooms are intended to function as multi-purpose rooms and should give guests maximum flexibility. With an average floor space of 14 square meters, the rooms will include space-saving features such as wall beds, bunk beds, segmented shower and toilet cubicles, as well as furniture that can be stowed away when not in use. In order to simplify travel for larger groups, the new hotels will have several connecting rooms available to be booked in advance.

The new micro-hotel concept also offers flexible billing options such as partial payments. It intends to allow the guests to divide the payments at the time of booking among more than one person. This could help to avoid sometimes complicated mathematical exercises during checkout. All the rooms will also be equipped with technology. This will allow guests to control room functions such as temperature, lighting, TV and windows via their mobile app. 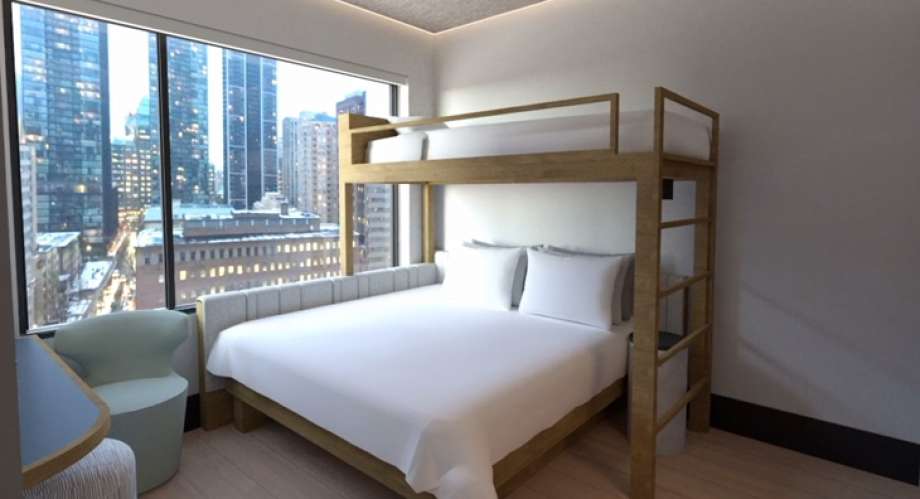 The idea is also to provide a special sleep experience for the guest. Whether with a premium mattress, a sleep set with e masks, essential oils or sound absorbing materials throughout the room.

The brand will be launched globally in urban destinations in Europe, America, the Middle East and the Asia-Pacific region. The Motto Hilton should be located primarily in prime neighborhoods. The first one of its kind will be located in Marylebone, London. The place is currently being developed in partnership with British developer Dominvs Group.

Construction is scheduled to start in January 2019, with the goal of the first themed hotel to open in 2020. Motto by Hilton is planning additional locations in urban destinations such as Lima, Dublin or Boston. These are at various stages of development.

“We have deconstructed the traditional hospitality experience to make something really fresh and exciting,” said Tripp McLaughlin, Global Head of Motto. “It is going to be a global brand that focuses heavily on the travel destinations our connected and self-confident travelers want to travel the most,” he added commenting on the innovative micro-hotel concept.