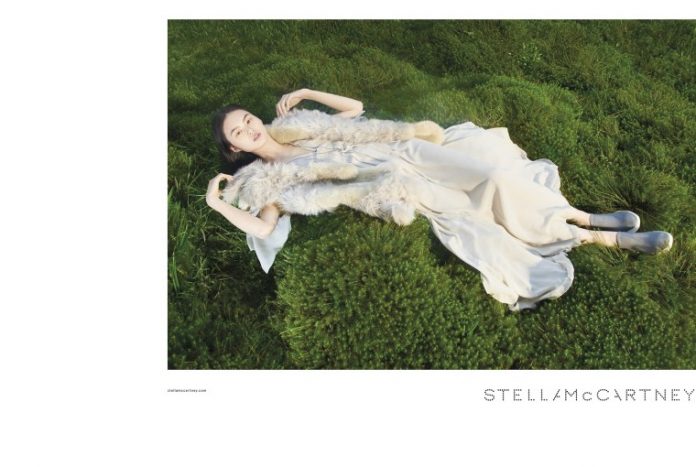 Stella McCartney revealed her new Winter 2018 Ad Campaign featuring striking images that embrace nature and a sense of escape and freedom. Shot in Mull of Kintyre, the remote Scottish countryside where Stella spent part of her childhood, the campaign is the second collaboration with British photographer Johnny Dufort. The images shot amidst the beautiful landscape reflect the new collections’ softly deconstructed classic and timeless looks punctuated with moments of Stella’s irreverent sprit; presenting both beauty and chaos. Referencing local culture, Stella even enlisted the talents of the Kintyre School Pipe Band which was led by one of the original pipers who played in the Wing’s “Mull of Kintyre” music video. 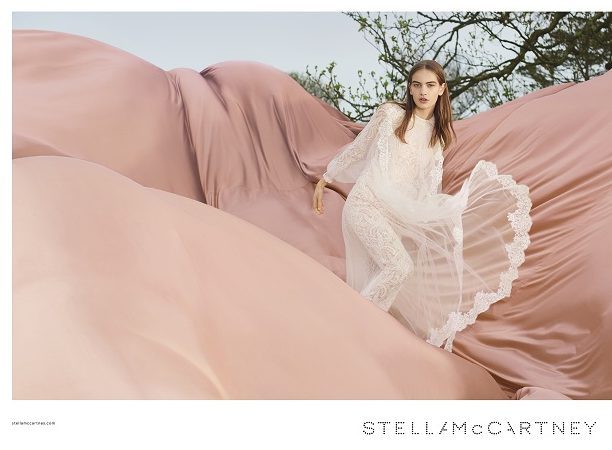 The new campaign images feature the models from the designer’s Winter 2018 runway show cast; Nina Marker, He Cong and Julia Banas appear in Stella’s designs that emphasize her signature silhouettes, palette and textures in updated classic tailoring, reconstructed dresses and statement knitwear paired with the latest styles of the iconic Falabella bag. Also featured in the new campaign is the designer’s eco innovative Loop sneaker which through technically designed hooks and special stitching that replaces conventional gluing methods allows the Loop’s components to be easily dismantled into 3 parts which are 100% fully recyclable, illustrating a more circular product design.

In keeping with Stella’s commitment to sustainability, the new campaign also celebrates the luxury and texture of nature, highlighting the raw beauty of the Scottish landscape; from wild spongy moss to crisp autumn leaves. The organic scenery echoes the use of moss and rockery in the newly opened 23 Old Bond Street store and is juxtaposed with the textures and silhouettes of the collection. A parachute encapsulates volumne and movement as a backdrop to an embroidered lace dress; while a colourful and vibrant piñata shot references grand old painting compositions showcasing minimalist black and white looks.