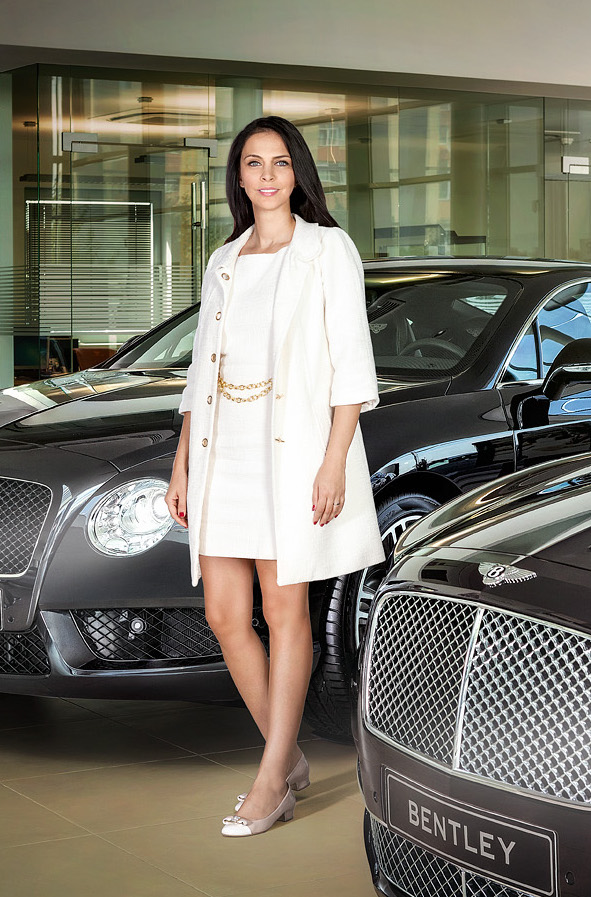 Mihaela Tudorica is the Sales Manager of Bentley and Lamborghini in Romania. We had the chance to chat about the newest addition to the Lamborghini family, Urus, the world’s first Super SUV and the new Bentley Continental GT.

Earlier this year, we witnessed the reveal of the world’s first Super SUV, the Lamborghini Urus. How was it received by the public?

M.T.: The interest for Urus was high long before its local launch which happened earlier this spring. Discussions with clients started right when the Super SUV was first announced back in 2012. The idea of a Lamborghini that can be driven on almost any type of road, and, more importantly, any season, was extremely appealing to many of the brand’s fans here, in Romania. As a result, in the second half of 2018 we can already expect to spot Urus on the streets. 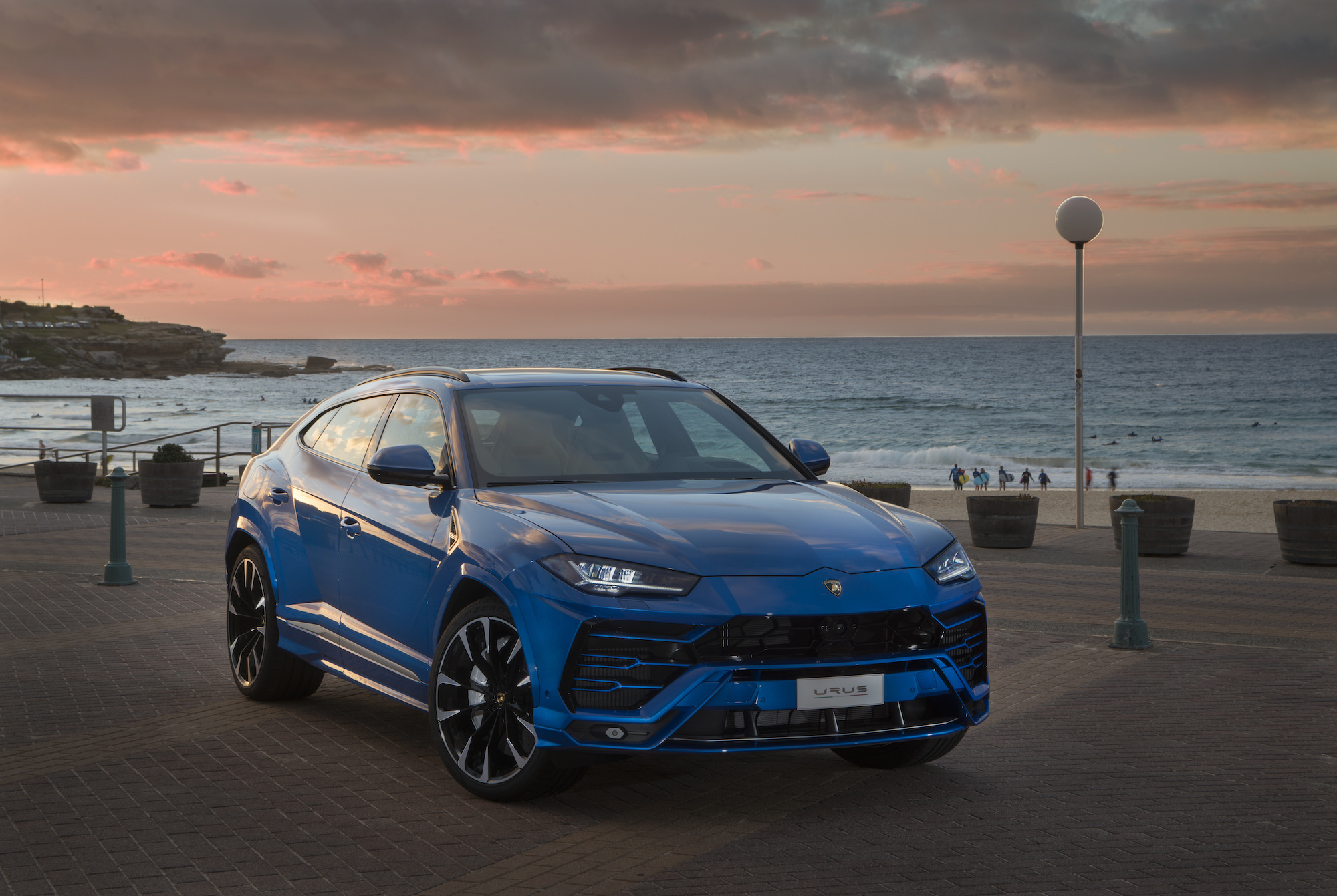 Why an SUV and how much will it keep from Lamborghini’s DNA?

M.T.: Following two supercars that have met worldwide success during the past few years, the launch of an SUV that would match the extraordinary performances of the Huracán and Aventador, but that could be driven in a larger variety of contexts, was a natural step in Lamborghini’s development strategy. The third model in the range of the Italian manufacturer remains loyal to the brand’s DNA and philosophy, delivering class leading performances and combining on road and off-road abilities in unique Lamborghini style. More exactly, with a 4.0 liter V8 twin-turbo engine delivering 650 HP, Urus accelerates from 0-100 km/h in 3.6 seconds and reaches a top speed of 305 km/h – making it the fastest SUV available on the market at the moment.

What is Urus named after?

M.T. Sticking to the well-known Lamborghini naming tradition, Urus bears the name of a special breed of bull. Urus, also known as the Aurochs, was a large species of wild cattle that inhabited Europe, Asia, and North Africa, considered to be the ancestor of modern domestic cattle. The blazing power and the imposing attitude of Aurochs are representative of the Italian SUV. 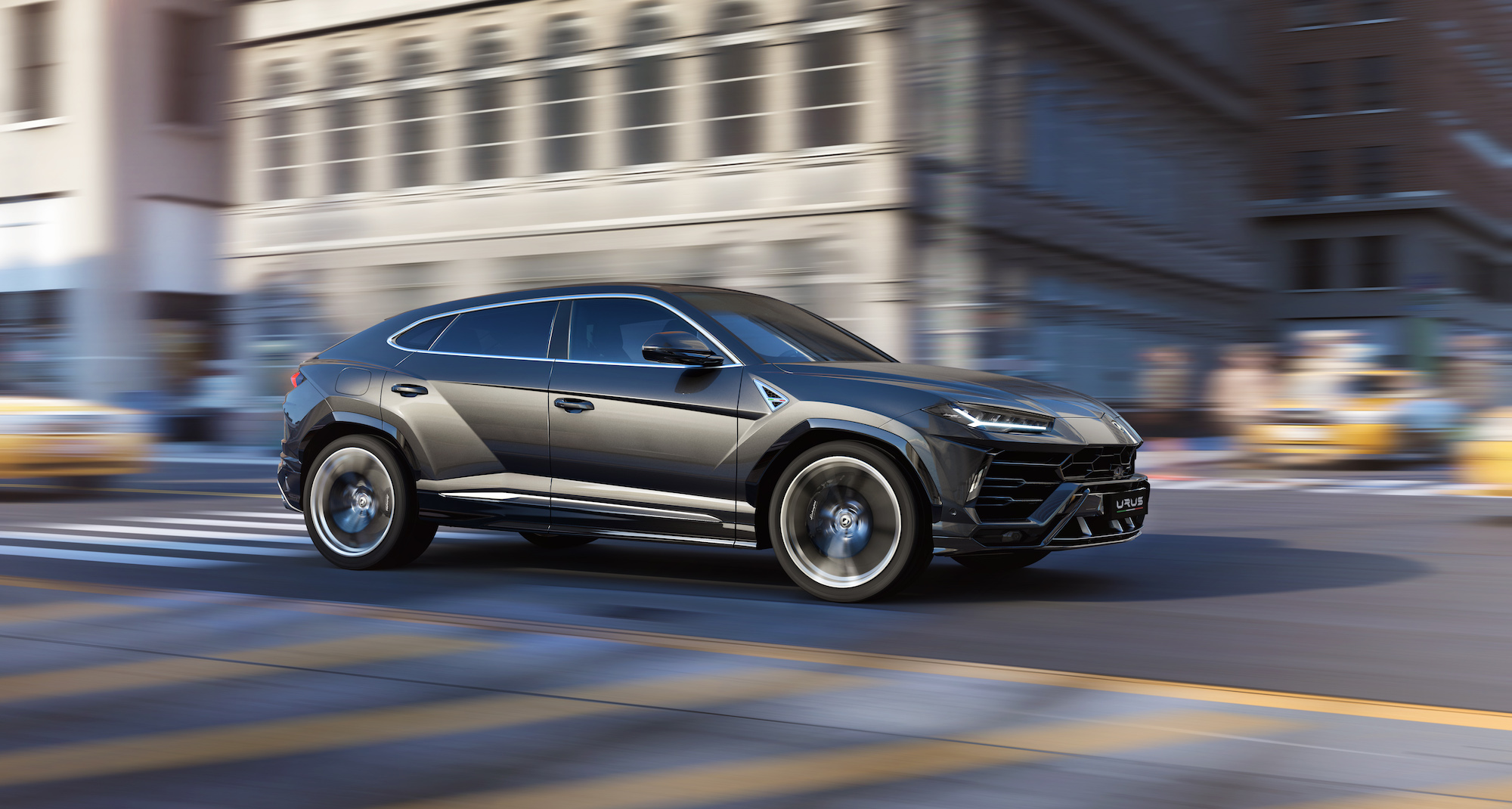 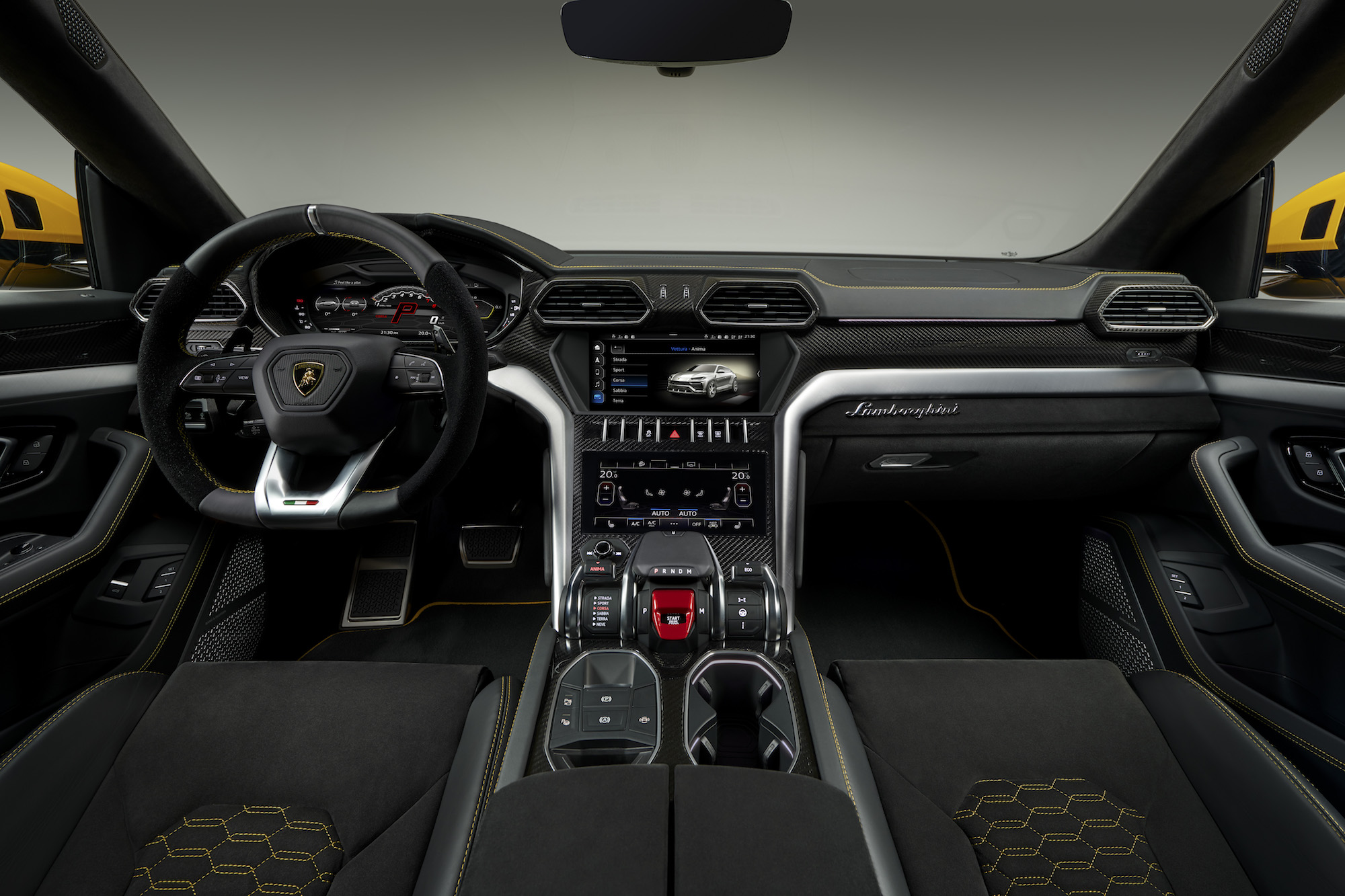 There is no doubt that Lamborghini set the bar high in the luxury automotive industry. What should we expect from the Urus?

M.T.: Urus is currently the star of Sant’Agata Bolognese. The world’s first Super SUV is a true Lamborghini from all points of view, a high-performance luxury car that can be enjoyed by both driver and passengers. Urus is equally suitable for short rides in the city and for long journeys, capable of supercar-like performances both on road and on track and also ready for every off-road adventure.

Let’s talk about another star of the year – the new Bentley Continental GT. What is new?

M.T.: Almost everything has been redeveloped and improved at the new Continental GT. Ranging from the highly sculpted exterior design, built through a revolutionary technology developed for the aerospace industry and the enhanced version of Bentley’s renowned 6.0 litre, twin-turbocharged W12 TSI engine, delivering 635 PS, to the technology features found in the cabin of the Grand Tourer, the new Continental GT is a true game changer in terms of luxurious sportiness. The highlight of the interior, next to the exquisite finishes and the peerless attention to details, is the Bentley Rotating Display – a revolving three-sided unit, featuring an elegant wood veneer on one side, a 12.3” touchscreen and three analogue dials on the other two. In a nutshell, the new Continental GT is a statement car, featuring the perfect mix of luxury, comfort, power and agility. 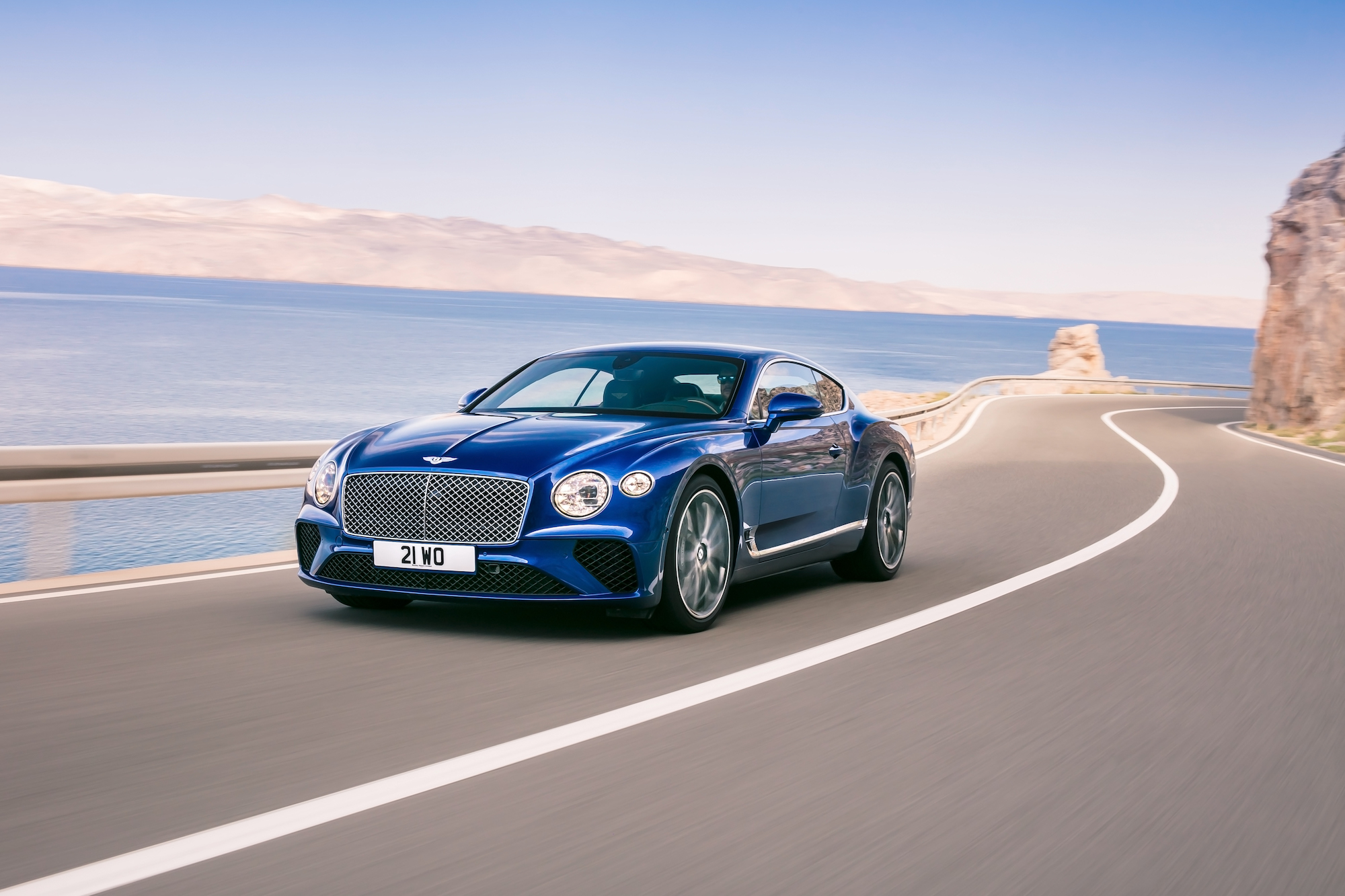 How do you see the direction of supercar technologies in the next 10/20 years? Is the future electric?

M.T.: E-mobility is definitely an important topic for the supercar class as well, but the challenge may be even bigger compared to other automotive segments, as driving a supercar is associated with extreme sportiness and power, superior performances and potent engine and exhaust sounds. Therefore, the challenge is to adapt technologies to the electric trend and preserve what is illustrative of the brand. The cars should still be able to provide extraordinary thrills behind the wheel and, of course, unspoilt driving pleasure. Last year, Lamborghini presented its first electric concept car – Lamborghini Terzo Millennio – a visionary concept, designed to do just that – deliver authentic emotions on the road and meet the mobility demands of the future.