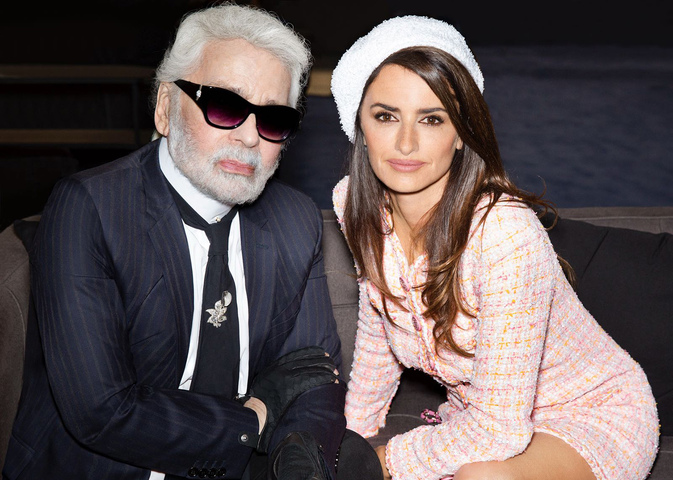 Oscar-winning actress Penélope Cruz has been chosen by Karl Lagerfeld to become the new CHANEL ambassador and be the face of the upcoming Cruise 2018/19 campaign.

The Spanish actress attended the French house’s Haute Couture Show in Paris and channeled her inner Parisian wearing a white beret and a pink tweed dress, paired with a pink bag and nude pumps.

“It’s such an iconic brand and Karl [Lagerfeld] is a genius, and I’ve been admiring everything he’s done since I was a little girl, so it’s such a pleasure working with him. He’s like the king of fashion and we had a really, really interesting photo shoot, so to be in front of his camera is an adventure.”  [WWD]

The actress attended her first Chanel show in 1999 and since then she has worn designs by the brand on various occasions, including the Oscars and the Cannes Film Festival.