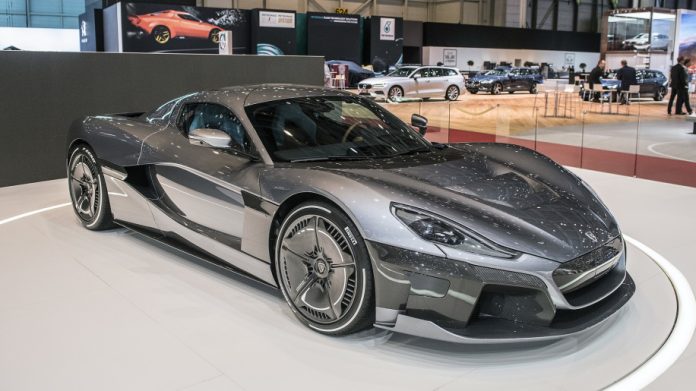 Porsche has bought a 10 percent stake in Rimac Automobili, a Croatian start-up company that specializes in superfast electric supercars.

Rimac caught all the attention at the most recent auto show in Geneva, with its Concept Two, an electric car that produces around 2,000 hp and reaches a top speed of 412 kph. Rimac states that the car has an electric range of 650 km and can recharge 80 percent of its battery in 30 minutes using a 250 kW fast charging system.

“Rimac has impressively demonstrated its credentials in the field of electromobility,” Lutz Meschke, Porsche’s deputy CEO, said in a statement. “We feel that Rimac’s ideas and approaches are extremely promising, which is why we hope to enter into close collaboration with the company in the form of a development partnership.”

Porsche said the main focus of Rimac is supplying high-voltage battery technology, electric powertrains and the development of digital interfaces between man and machine (HMI Development).

This could help assist Porsche in its efforts to electrify more than half of its fleet by 2025. Next year Porsche plans to launch its first electric sports car, the Taycan, which is the production name for its Mission E concept.

Last year, Rimac also received a 30 million-euro investment from Shanghai-based Camel Group and has been looking for other financiers to back their plans of expanding and developing a new model.