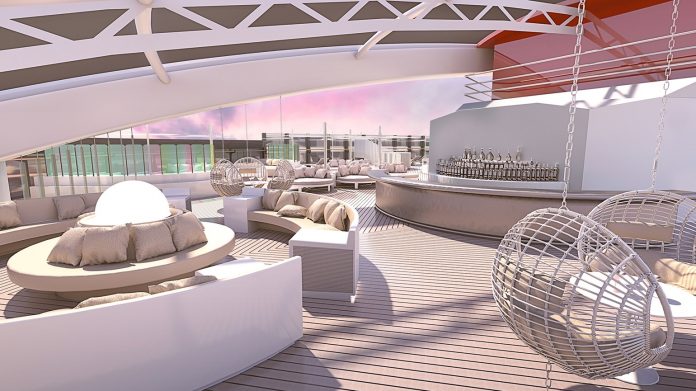 On Wednesday, Virgin Voyages unveiled the design of six public areas of its ship and new features.

Among the new spaces will be Richard’s Rooftop, an outdoor club reserved for suite guests. The space will have a futuristic look, with circular loungers, large umbrellas and glass accents, which will cast rainbow-colored reflections across the lounge. The club’s is named after Virgin Group founder Richard Branson.

The Virgin ship, which is scheduled to debut in 2020, will have a nightclub called The Manor, a name associated with the first Virgin Records music studio. The club’s color scheme will be aubergine and emerald with gold accents.

The ship features an area called The Dock, situated on Deck 7 and described as “an outdoor, lifestyle space with a focus on relaxation, socializing and an appreciation of the gorgeous views the ship provides.” Virgin said The Dock “is reminiscent of the chicest seaside lounges in the Hamptons, Ibiza, Bali and beyond.” 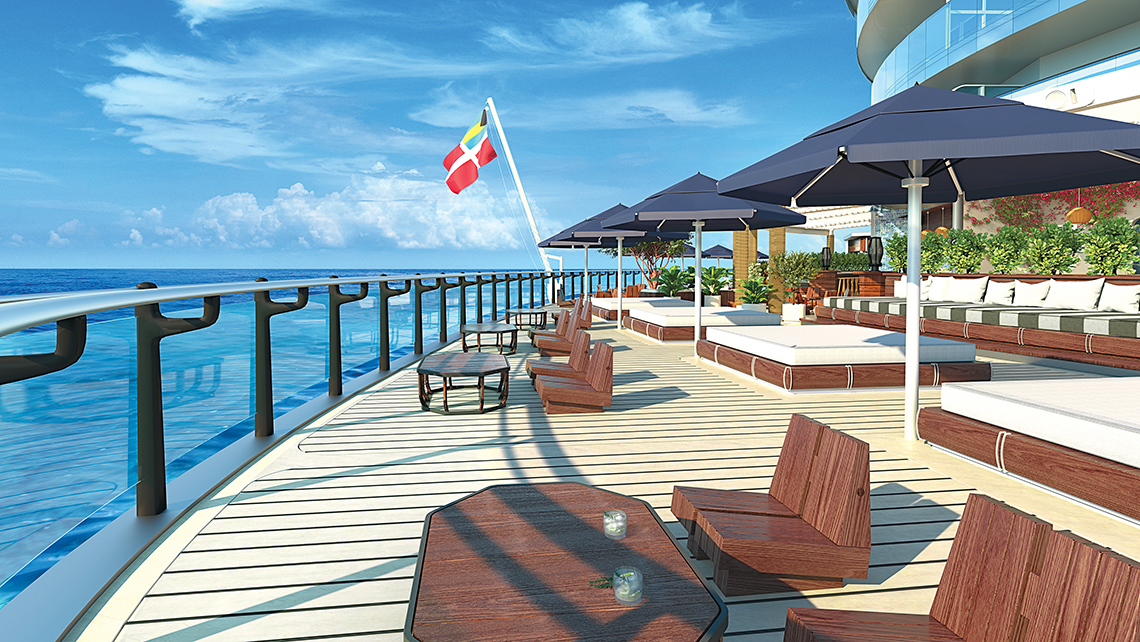 Another new outdoor space will be called the Athletic Club, and feature a white-and-red striped semicircular lounger described as the largest daybed at sea. There will be 10 cabanas in the club and a bar. 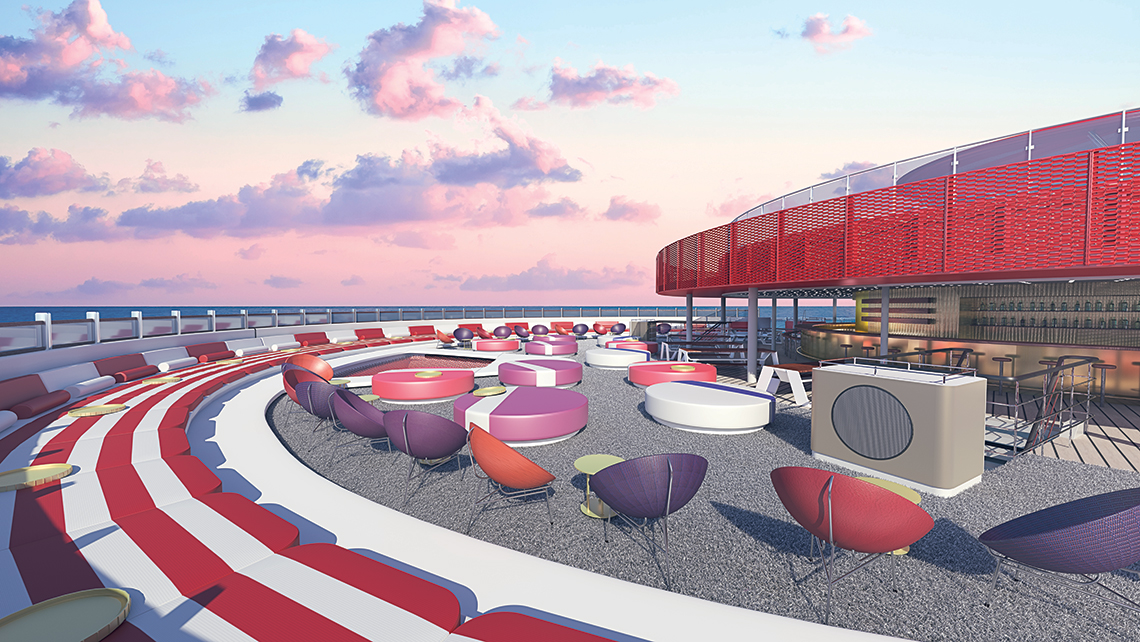 Pink Agave, the other restaurant, will be an upscale modern Mexican restaurant, featuring electric-blue metallic lighting fixtures that cascade from the ceilings

Virgin said the overall design concept for the ship is “a celebration of contrasts,” and that the ship’s spaces will transform between day and night and “offer an inviting environment that can be enjoyed solo or among friends and loved ones.”

Discover the most blissful destinations for wellness travel

The safety of employees, customers, and business partners is paramount!